Robust and independent institutions that uphold the rule of law and ensure a separation of powers will protect a legal community from competing political interests. And, when this happens consistently, the democratic and economic health of a country thrives.

Stephen Karangizi, director and chief executive of the African Legal Support Facility (ALSF), an arm of the African Development Bank that works with governments on major and complex commercial transactions, has witnessed this time and again in his more than 30 years working with lawyers and governments across Africa.

Karangizi, who is based in Abidjan in the Ivory Coast, said that the major disincentive for economic growth and opportunities was political instability as conflicts always impeded the legal environment of a country, heightening risks and impeding investment. For the majority of African countries this had dropped significantly encouraging increased investment by the private sector in major investments.

With an improved environment for investment, the legal profession, as the upholder of law in a country, had a responsibility to ensure it was strong and impartial to enable a nation to reach its potential.

A founding principle of the ALSF was to build capacity in legal skills across the continent and the organisation had developed a roadmap to achieve this.

“We have made a significant contribution by providing capacity building in areas which were neglected such as in negotiations of major commercial deals especially on the extractive side and with respect to Public Private Partnerships (PPPs).”

The ALSF was now upscaling this through cooperation with regional bar associations such as the SADC Law Association and the East African Law society through establishment of an ALSF Academy. This would develop curricula for relevant commercial law disciplines like project finance, arbitration, PPPs and natural resource contracts.

“After the curriculum is completed we will roll out the programme and, to ensure it has a continental reach, will be working with the regional law associations.”

There were “big opportunities” for lawyers in Africa, he said, especially in commerce.

“Increasingly foreign investment is entering the continent through venture capital and private equity firms offering the legal profession opportunities in mergers and acquisitions.”

In Africa, most countries have the legal frameworks in place to attract investment and protect the rights of the country and its people.  But, there were many places where implementing the framework was still not happening. The less corruption there is in a country the easier it is for everyone to respect the legal frameworks and this in turn brings in investment, he said.

“In that respect the World Bank Index of doing business offers you a clear picture of the countries that have put good measures in place and where implementation is least disrupted by corruption. Top of the list are Botswana, Mauritius and Rwanda.”

Karangizi’s role with the ALSF is to oversee negotiations mainly in infrastructure development (mining and energy), new investment and related commercial and business transactions. The institution also provides support in debt management and litigation in the developing world context.

He has advised governments including Antigua and Barbuda in the West Indies, Uganda and Zimbabwe and was on the United Nations Commission on International Trade Law, including a spell as its chairman.

Before joining the ALSF in 2011 he was deputy Secretary General (Programmes) for the Common Market for Eastern and Southern Africa (COMESA) for four years.

One of his major career achievements was participating in negotiations for the Economic Partnership Agreement with the European Union. He was also instrumental in enabling a deal between COMESA, the East African Community (EAC) and the Southern African Development Community (SADC) to establish a Tripartite Arrangement. Many successful trade, investment and infrastructure negotiations, reflect his influence.

While legal advisor for COMESA (1997-2008) he led the legal team that worked with the World Bank to establish the African Trade Insurance Agency to provide political risk insurance cover for investors.

And he was there helping and guiding as African states introduced and modernised their procurement laws.

While Karangizi is enormously optimistic about the future of the continent he has seen too much not to sometimes be cynical. He finds foreign vulture fund litigation especially galling.

These are “investors” who buy debt in default or weak – and often owed by a government - and then layer in interest that makes escape impossible.

“Vulture fund litigation is a threat to African countries because it’s a good manifestation of weak governance and the inability of our countries to defend themselves. These funds take advantage of dire debt situations to hold out against settlement. This is after they have obtained commercial debt at low rates. They then enforce repayment by the debtor at extortionist rates. Unfortunately many of our states do not even defend themselves resulting in heavier costs and debt.”

While legal support – to resolve any problem - was available to governments through the ALSF the decision to take it up was the prerogative of a government and was never imposed.

“All governments are answerable to their people and governance systems so it is only right they take their own decisions. Even when we offer advisory services we are categorically clear that the ultimate decision rests with the government. Our advice offers them the best options available to ensure that deals are sustainable and equitable.”

One example of where there could be a positive outcome for sincere investors and a nation was in the harnessing of natural resources. But only if both sides did not take a “winner takes all” approach.

“Instead both parties, the State and the investors, should endeavour to conclude deals that offer both a “win win” situation. It has happened for countries like Botswana and we do not see why it cannot happen in other countries. Secondly the African Union adopted the African Mining Vision in 2008 which offers a clear vision on how African countries can enhance their participation in natural resource investments through especially increased beneficiation. Most of the countries are aware of this and we see the industry developing in that direction.”

On a personal level Uganda is where Karangizi was born but he has lived and travelled so much in Africa that he regards the continent as home.

“The Chinese have a saying ‘may you live in interesting times’. I love Africa because these are interesting times. There is no other frontier where there are so many opportunities, still unexploited, and where your investment is guaranteed a return.

“We need to be confident of our future and make sure that we address the elements that guarantee a robust investment climate to ensure continued growth.”

Re-publication without reference Africa Legal is not authorised. 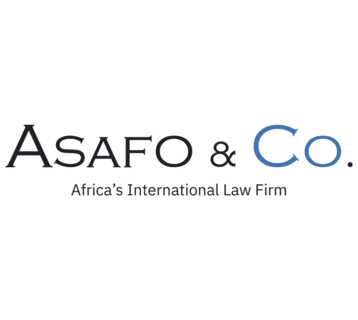