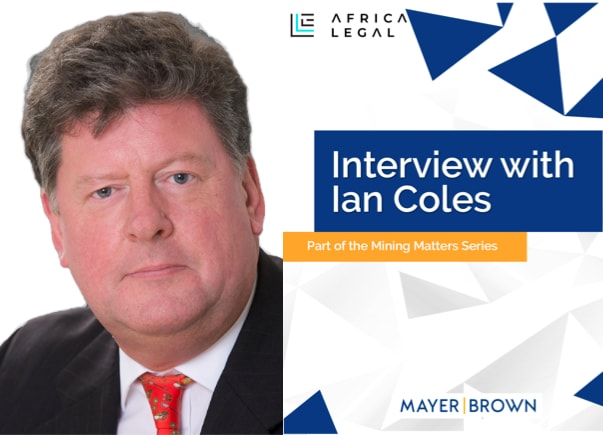 Even “perpetual tension” in some regions was not putting off mining companies which had developed enough experience to “push back” when operations were threatened or compromised.

“In many cases demand is overriding any hesitation. And, of course, mining is a two-way street with projects generating enormous revenue for governments in royalties and taxes,” he said.

But, there were limits, Coles said.

He cited the November 6 attack on a convoy travelling to a gold mine in Burkina Faso which left 37 dead. A month before 20 were killed at a different mine. In January, Kirk Woodman, the Canadian geologist and vice-president of exploration for Progress Minerals, was abducted and murdered, also in Burkina Faso.

“Companies are pulling back from operating in that particular region.”

If investors were cautious, it was because mining was a long-term business. A new copper mine, for instance, took many years to yield anything usable by industry. So, what those countries which were attracting investment had in common was stability, especially over the past five years, and an environment where it was relatively easy to do business. (For example Ghana, Rwanda, Botswana, Ivory Coast).

However, what was currently stymying new projects was a dearth of global equity for mining.

“The Toronto Stock Exchange, for instance, used to be one of the places to raise capital for mining but, when investment in cannabis attracted interest, this equity just disappeared.

“Interestingly, there is some suggestion that the cannabis bubble may be over but it is unclear whether this means that investment sentiment will move back to mining. There are signs of life in the Australian equity market though.”

A shortage of investment capital was also cyclical, he explained. “So, there is some correlation with the global economy. Oil and gas, for instance, remain in the doldrums.” Despite this there was activity. “We are seeing investment north of the Sahara (Algeria, Egypt, Morocco).”

Ghana, Senegal, Ethiopia (the fastest growing economy on the continent), Namibia and Botswana, among others, were all on the global investment radar.

Competition for equity was not a bad thing, Coles said, as it meant rationalisation and prioritisation. One consequence of the absence of equity was more mergers and acquisitions as businesses were streamlined and consolidated. There was also a refocusing on other industries like renewables (wind and sun) and infrastructure development.

“The lack of electricity infrastructure in many regions of Africa remains an issue but also presents opportunities.”

And, of course, there was China which was expanding mining operations to meet its insatiable demand for iron ore and coal (to produce steel) as well as copper, nickel, zinc, gold, cobalt and bauxite all used in the manufacture of tech.

As head of Mayer Brown’s Global Practice, Coles is one of those able to offer insight into how African mining opportunities shape up against other regions.

The role of the lawyer in encouraging FDI was to ensure they understood each jurisdiction. “Investors need the right lawyer who has experience doing deals and who understands pressure points and local subtleties.”

“There is very little homogenous about Africa and an investor prepared to drill down for opportunities will be surprised at the difference between jurisdictions. It’s that ability to ask the right questions which will lead to the right opportunities and success.”

The Mayer Brown Africa practice website can be found here.