One of Africa’s biggest and best known retailers is on its knees. Tania Broughton reports on the struggle to save Edcon. 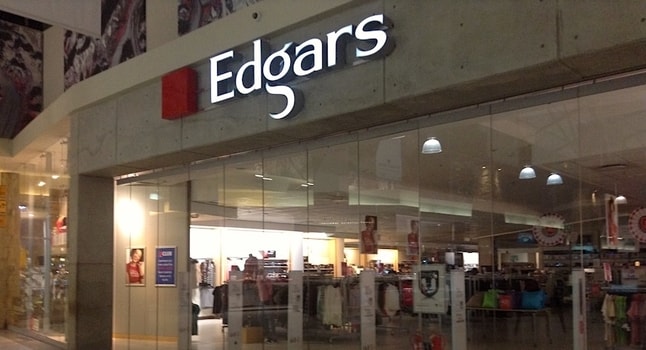 The future of 98 Jet and Edgars stores across Africa and more than 1000 full-time staff remains uncertain after the holding company, South Africa-based Edcon was placed into business rescue.

While the stores, spanning across Botswana, Zambia, Namibia, Lesotho, Swaziland, Ghana and Mozambique, are themselves not in business rescue, they are heavily reliant on funding from Edcon.

Business Rescue Practitioners, appointed at the end of April, have been given the go-head by creditors, including employees, landlords and suppliers, to proceed with the  attempted rescue of the retailer, one of the oldest in South Africa.

This involves the possible sale of some of its divisions and then the winding up of others.

The practitioners confirmed to Africa Legal this week, that the African stores “could be considered in the sales process”.

“The boards of the respective companies will, in due course, meet to discuss the viability of those entities in light of the business rescue in South Africa.

“The decisions and outcomes will be communicated to them as well as all other stakeholders as this process unfolds.”

In response to questions posed by creditors at a recent meeting, the BR practitioners said all options would be considered with regards to the African stores.

“We have invited proposed buyers (of SA Edcon and subsidiaries) to consider buying them too. Or they could  become a secondary transaction.”

A franchise model could also be an option.

In South Africa, Edcon employs 43 000 people and 22 000 have already been served with notices of possible retrenchment.

Practitioner Piers Marsden said he was hopeful that at least some divisions would be successfully rescued - if not then there would be no other option but to liquidate the retailer. This would mean massive job losses and unsecured creditors getting virtually nothing back.

Out of 19 expressions of interest, 15 had complied with phase one bidding requirements and, if a deal were struck, it would be by the end of this month, with winding up commencing in August.

Marsden said he believed there was “every chance of doing a sale but offerers had to take into consideration the impact of Covid-19 on trade and the economy.

Edcon, he said, was a large business with a history of losses.

Timing was of the essence, he said, because there had been no post commencement finance available and orders had to be placed soon for summer stock.

He said no formal valuation had been done on the company “because when it changes from a going concern to a break down scenario, it really depends on what people are prepared to offer.”

Some unsecured creditors, clothing suppliers, attempted unsuccessfully to interdict the process, accusing the practitioners of not being fully transparent, not considering all the options and only offering them a dividend of four cents in the rand.

The knock on of this would mean job losses and financial ruin for some suppliers, they said.

The plan was supported by union and non-unionised staff most of whom have already taken pay cuts as the company struggles to keep afloat.