The mastermind behind a human trafficking network operating between Tanzania and Kenya has been sentenced to 30 years in jail in a judgement that has boosted the fight against the outlawed trade, writes Paul Ogemba. 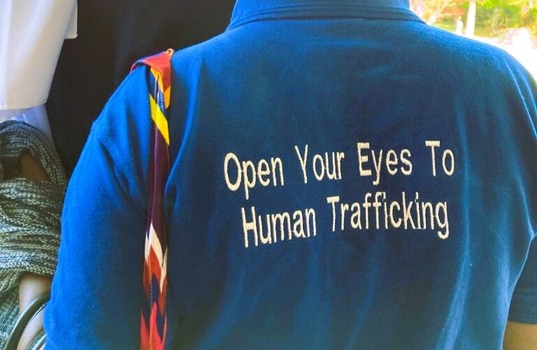 James Sengo Nestroy was found guilty by a Nairobi court in a decision that exposed shocking details of cross-border human trafficking between Kenya and Tanzania. Physically disabled children were being smuggled into Kenya and used for economic exploitation by forcing them to beg in the streets of Nairobi.

The prosecution’s case was that Nestroy met the victim’s mother in Tanzania in January 2016 and presented himself as a Good Samaritan with a promise to assist her disabled child get sponsorship in Nairobi. The mother agreed, hopeful that her child would get help.

However, once they were in Nairobi Nestroy instead turned the vulnerable child into a cash cow. He gave the minor a wheelchair and a handler who pushed him through the streets of Nairobi City to beg from people who sympathised with his condition.

Each evening Nestroy confiscated all the proceeds donated to the victim. This went on until April 2022 when he was arrested and charged with two counts of trafficking in persons and harbouring a physically disabled child for economic exploitation.

Trial magistrate Agnes Mwangi ruled that it was heartless for Nestroy to traffic an innocent child and exploit his condition for personal economic gain.

“The evidence proves that the accused was exploiting the victim for his own economic gain by abusing his vulnerability and his status as a person living with immobility after smuggling him from Tanzania,” the magistrate ruled.

She sentenced Nestroy to 30 years in prison in accordance with Section 3 of the Counter Trafficking Act which provides that a person found guilty of the offence is liable to a minimum sentence of 30 years in jail or a fine of Sh30 million (US$242 000).

The decision was a breakthrough in efforts to curb the increasing numbers of human trafficking cases, with the government estimating that there were between 35 000 and 40 000 victims in the past five years.

According to the Director of Public Prosecutions, Noordin Haji, human trafficking has devastating effects on society and continues to cause havoc on key aspects of the state including security, economy, health and the rule of law. “It is critical that the criminal justice players develop multifaceted strategies to prevent, detect, investigate and prosecute perpetrators of these crimes to the fullest extent of the law while protecting the victims of crime,” Haji stated.

Legal experts believe the vice can be curtailed through the systematic identification of trafficking victims who are mostly used for economic exploitation through forced labour, forced begging and commercial sex.

Lawyers agree that the magistrate was justified in handing Nestroy this sentence in an effort to deter human trafficking between the neighbouring countries. “It was a good decision. What we need is increased anti-trafficking law enforcement efforts by all government agencies through investigations, prosecutions and convictions of the offenders,” commented Wilfred Nyamai, a Kenyan lawyer.