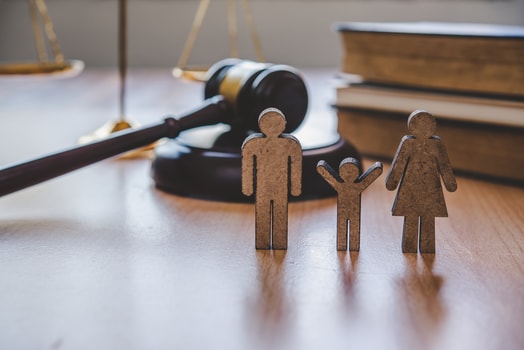 The mom (who cannot be named to protect the identity of her son) moved to South Africa four years ago to marry the father of her, then unborn child and found herself between a rock and a hard place.

She had entered South Africa on a three-month visitors’ permit in 2015.

Her son’s birth in August that year could not be registered.

Deemed “illegal” by the South African government, the only way she could rectify this was to travel back to Uganda and apply for a spousal visa which could take many months.

And she would have to leave her baby behind.

The essence of her case was that the rule that prevents her from applying for the visa while in South Africa, should be deemed to be unconstitutional.

She had previously lost this argument in the Western Cape High Court.

But a majority of judges in the Constitutional Court has now found her in favour, ruling that the regulation unjustifiably limits the right to dignity and the rights of children.

While the court has given the government two years to correct the legislation, they have granted immediate relief to the mom - and others in a similar situation.

In the judgment, penned by Justice Nonkosi Mhlantla (with six judges concurring), the Judge noted:

“The right to family life is not a coincidental consequence of human dignity, but rather a core ingredient of it.

“This judgment grapples with the intertwined relationship between human dignity and familial rights and how they function alongside notions of state security and legislative regimes that seek to protect persons within the borders of the Republic.”

She said the outcome would have a wide impact on other families “which speaks to the importance of the constitutional issues raised.”

The respondents - the Minister and Director-General of Home Affairs - had strongly argued that the regulation was important: That South Africa was entitled to determine who entered its borders and what requirements they had to meet.

A visitors’ visa was easy to obtain. A spousal visa, not.

This was to stop fraud and “fake marriages”.

Justice Mhlantla said while she accepted this, they had not not shown why the limitation was a proportionate means of achieving those objectives.

“On their own evidence, they are clearly quite capable of conducting proper investigations to detect fraudulent marriages when visa applicants are within the country.

“They also failed to prove that the limitation is reasonable and justifiable in an open and democratic society based on human dignity, equality and freedom as required by the Constitution.”

“Why should visitors, who have no expectation or right to enter, remain in this country be entitled to expect that the conditions on which they came here as visitors must be abandoned once they change their minds on staying longer?

“In the absence of any cogent reason that they may be endangered or prejudiced in any serious way by returning to their home country, it seems quite reasonable to expect them to do that.”