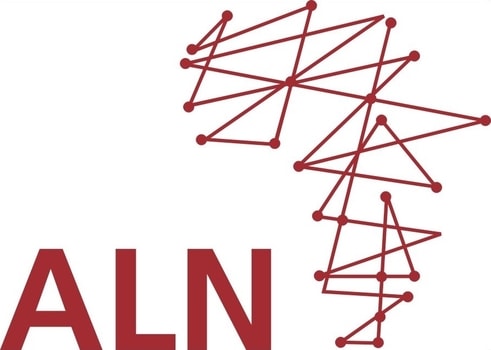 Atiq Anjarwalla, the senior partner of ALN Kenya, Anjarwalla & Khanna, gave introductory remarks, before the webinar was then opened by US Ambassador to Kenya, Kyle McCarter.

McCarter said he hoped the US and Kenya would keep the momentum building over their respective trade talks, noting the countries had a “deep, enduring relationship” thanks to mutual interests in sectors ranging from agriculture, wildlife, education and security, including preventing terrorism.

A Free Trade Agreement (FTA), he said, would build on the strengths of previous relationships, while enhancing existing ones. He noted the commitment to the rule of law, which, he said, would provide a clarion call to combat corruption (which he called “thievery”). Through FTAs, countries could create a culture where corruption was unacceptable, allowing businesses to work in an environment where their risks were “more predictable”.

Praising Kenyan leaders, Ambassador McCarter stressed the value of, and motivation in, agreeing what he hoped would be “a comprehensive, high-stakes agreement”. He said this would not just reflect ‘America First’ but also ‘Kenya First’ in improving the business environment. By doing so the focus could be less on tariffs and more on mutual opportunities in tourism and textiles, agri-business and other industries.

McCarter tempered his earlier pragmatism, with a mixture of optimism and caution. While an FTA would provide tools and solutions to a developing relationship, neither business, nor the courts, he said, would change overnight. An FTA would eliminate uncertainties.

Trade, he reminded his audience, was preferable to aid, in summing up an agreement that stressed mutual opportunity, urging those who supported a deal to “step up and let their voices be heard”.

Focusing on the practical, Spak said, FTAs could bring “significant benefits” like, for example, the US’s own gradual experience with FTA’s, including NAFTA, and its successor, agreed by México and Canada, USMCA.

Having outlined the wide span of potential sectors and benefits, he said Kenyans could expect the route to an FTA to generate a range of emotions “from fear to exuberance; from cautious optimism to feelings of doom”.

“Leadership can be important to shaping the outcome,” said Spak, “change management would be important because changes are certain, and they are likely to be ‘uneven’”, not least because investors and others would scrutinise the process.

Next it fell to Maxwell Okello, Chief Executive of the American Chamber of Commerce - Kenya, to introduce a lively panel discussion featuring leading Kenyan and US speakers.  Framing his remarks with reference to his audience’s key concerns, he effortlessly steered his speakers through complex issues.

Leading the discussion was Ambassador David Gacheru, Kenya’s Deputy Ambassador to the US. Like Ambassador McCarter, Gacheru brought his business experience as well as diplomatic skills and insight to the event, firmly situating the potential Kenya-US trade deal in an African context.

Gacheru drew parallels with Asian countries that had benefited from foreign direct investment (FDI), and the associated growth in GDP that such nations had seen from free trade, in spelling out the possible benefits for Kenya, all the while reminding his audience to focus on the bigger picture for FDI.

FDI, said Gacheru, offered the chance to make Kenya a major regional hub for investment, building on existing strengths, with USD 270 million of investment, noting that half of Kenya’s FDI came from the United States.

For his part, Earl Comstock – a senior policy adviser at White & Case, who spent three years at the US Department of Commerce during the Trump administration, stressed that, while Presidents Trump and Kenyatta had set the initial tone and momentum, particularly the latter, he expected continuity between administrations on trade agreements.

Comstock, in outlining US trade policy, noted the outgoing administration’s preference for reciprocity, which was easier to maintain in such bilateral agreements. While not avoiding the political hurdles that Kenya and the US had to overcome, time was of the essence, something which Ambassador McCarter had also noted. There was a fast track for approval by Congress, which was important, should an agreement change US law. The current Trade Promotion Authority Act expired at the end of June 2021. Whether or not it would be extended would depend on the new Congress, while alongside a trade deal, if Congress extended the Act, would also come obligations in relation to governance and the rule of law, the audience heard.

With those obligations came the prospect of jobs, Comstock noted. US businesses tended to recruit from the local workforce, and with those jobs, came ancillary benefits, such as tourism. An FTA, Comstock reasoned, could lead to other African trade deals, leading to other agreements, which would also benefit the region.

Next to the debate was a Mexican perspective, given by Francisco de Rosenzweig, a partner at White & Case’s Mexico office.  De Rosenzweig drew on his experience as a lawyer, and a former senior government official, when explaining the benefits that an FTA had given his country, in terms of investment, jobs and money, not just on reduced tariffs, duties and taxes.

By outlining the Mexican dimension, not least in reassuring his Kenyan audience, De Rosenzweig led his audience through the trade policy which had boosted Mexico’s regional standing, allowing for bilateral and multilateral approaches. Crucially this offered parallels for Kenya about what they might gain from such deals, and reconciled individual trade deals with regional ones.

The parallels were implicit to the audience; trade had created, he said, a predictable business environment.

From a Kenyan legal perspective, Daniel Ngumy, of ALN Kenya, was on hand to explain current trade policy, as well as regional insights – not forgetting historical trading blocs (EAC and COMESA) - and more recent developments like AfCFTA. Tackling subjects from rules of origin to how Kenya’s legislators might approach matters, his insights underpinned Lay’s enthusiasm and Spak’s overview, while bolstering Gacheru’s previous comments.

Common to all speakers was agreement on implications for the rule of law from any US trade agreement, which would benefit popular concerns about anti-corruption and transparency issues, while also enhancing the rule of law for other regional and international trade deals.

In his closing remarks, McCarter again conveyed a sense of mutual urgency, as well as joint benefit, in both governments working to make the deal happen. Both sides, he said, would benefit from the enhanced security, and more favourable environments that a closer relationship would bring, urging them to “get the deal across the finish line”.

Gacheru said the private sector had a very important part to play in understanding, and supporting the deal. A US-Kenya FTA would help capacity building and enable Kenyan goods to meet US standards.

Spak, for his part, stressed the process was constructive, not destructive, while Comstock said that, albeit bilateral, allowing a trade deal with Kenya would also enable access to a critical part of Africa, regionally.

Ngumy, meanwhile, said that Kenyans would ask “What will this deal do for us?”. Only through understanding how trade might spread between African nations, and by using the FTA to break down barriers, with goods flowing freely between them, would such benefits be seen. “Kenya,” Ngumy said, “is very much in the middle of it all.”

Commenting on the event, Anjarwalla noted the conversation was happening against the backdrop of Kenya-United States Free Trade Agreement negotiations.

Echoing US Trade Representative, Ambassador Robert Lighthizer, at the launch of the FTA negotiations in July, Anjarwalla repeated Lighthizer’s words:  “Kenya is a recognised leader across the continent, an important strategic partner of the United States, and there is enormous potential for us to deepen our economic and commercial ties.”

At stake, Lighthizer had said, was “an outcome that will be economically and commercially beneficial to [both] countries”; such an agreement would “have a complementary effect on Africa’s regional integration efforts, including the East African community and the landmark African Continental Free Trade Area”.

Such deals would enable Kenya to make the most of trade liberalisation, a theme which Bill Lay emphasised (speaking for KPSA), saying, “We need to spread the word… it is time for us to put our money where our mouth is; time to engage, and to be positive; to imagine Kenya, ten years from now.”