In one of the largest protests staged globally in recent years, in October 2020 thousands of Nigerians took to the streets to demand an end to police brutality and harassment. Alfred Olufemi analyses what’s changed one year after the historic protest. 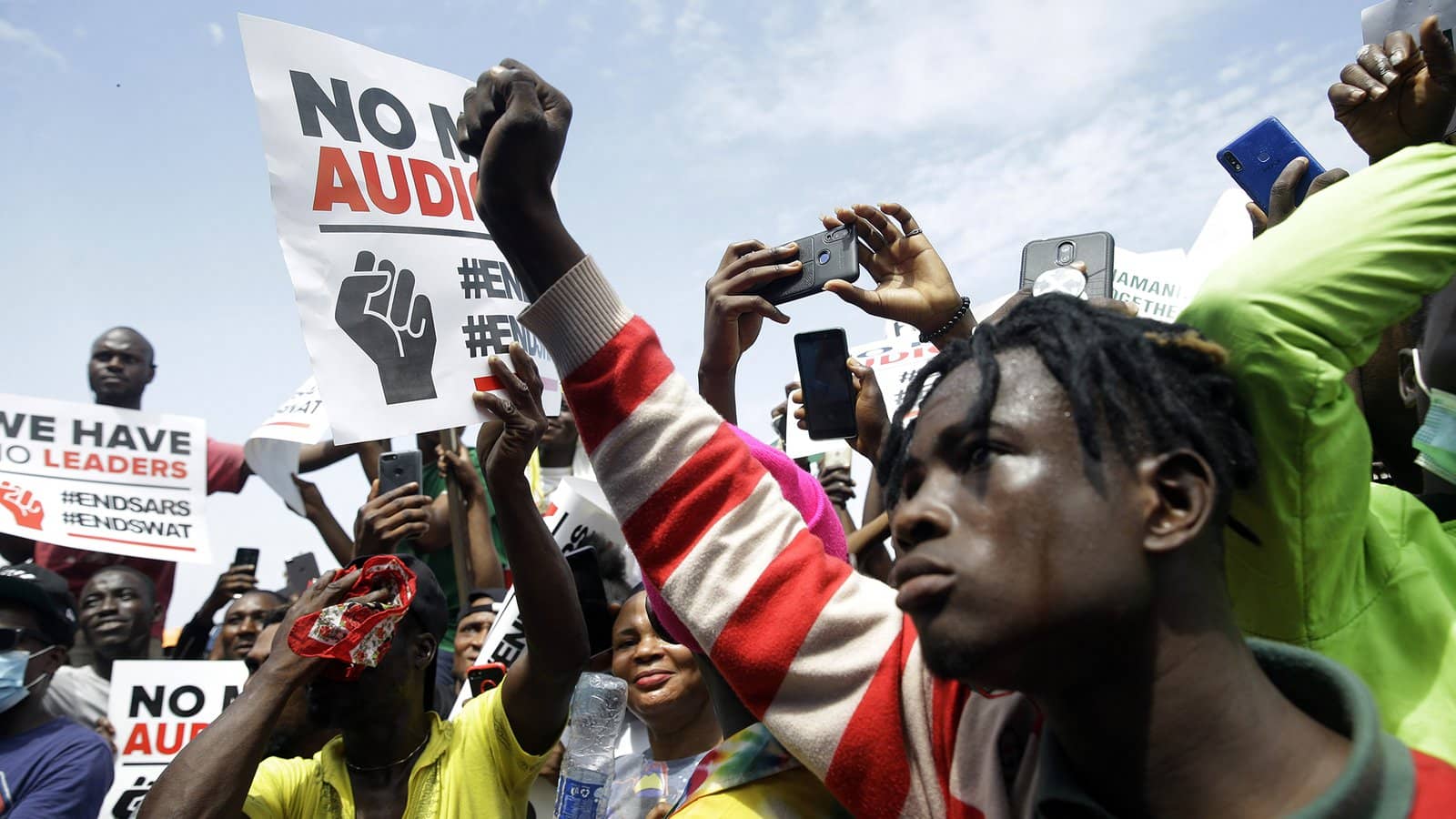 The demonstration, which later spread to other cities, forged the #EndSARS campaign and trended on social media for weeks, attracting solidarity from prominent personalities across the globe.

In response, the Nigerian government disbanded the notorious police unit and directed state governments to constitute panels to investigate reported cases of abuse and compensate victims accordingly. The government also vowed to improve the welfare of the police officers.

A year after the landmark protest, 29 of 36 states had constituted the panels and had submitted their reports. Panels in nine states recommended over N25bn ($60.6m) compensation be paid to victims of police brutality. While this is still pending, police infringement on citizens’ rights remains a matter of concern.

“One year after peaceful #EndSARS protests ended in a brutal crackdown by Nigerian security forces … reports of human rights violations by the police continue,” Amnesty International stated on the eve of the first #EndSARS anniversary.

As if to corroborate the global rights group’s statement, the following day the protest held to mark the #EndSARS memorial in Lagos was marred with harassment and brutality by security officers.

In widely circulated footage, police operatives were seen manhandling a protester, while elsewhere an Uber driver, Adedotun Clement, was mauled by a group which included officers of the Lagos State Neighborhood Safety Corps (LNSC) and Nigeria Police Force.

Following outrage from the public, the Lagos state government suspended two of the LNSC officers involved, and the police commissioner, Hakeem Odumosu, apologised to everyone brutalised, harassed and wrongfully arrested by his men.

Not pacified by this, Clement has written to the Lagos State Government, demanding payment of N5 million ($12 187) as compensation for the violation of his rights to dignity, personal liberty and property, and for the deprivation of his livelihood through the destruction of his vehicle.

According to his attorney, Inibehe Effiong, Clement asked that stricter measures be taken against the officers. “The officers should be dismissed and diligently prosecuted in a court of law to serve as a deterrent to others,” he added, threatening a lawsuit if the state refuses.

Femi Falana, human rights activist and a Senior Advocate of Nigeria, said the police should stop infringing on the rights of the Nigerians and be prosecuted whenever they refuse to provide adequate security to protesters. He cited Section 83 (4) the Nigeria Police Act 2020: “Where a person or organization notifies the police of his or its intention to hold a public meeting … in a place where the public has access to, the police officer responsible for the area … shall mobilise personnel to provide security cover for the meeting, rally or procession.”