Webber Wentzel has worked on most of the biggest M&A and corporate finance transactions in sub-Saharan Africa over the last decade. 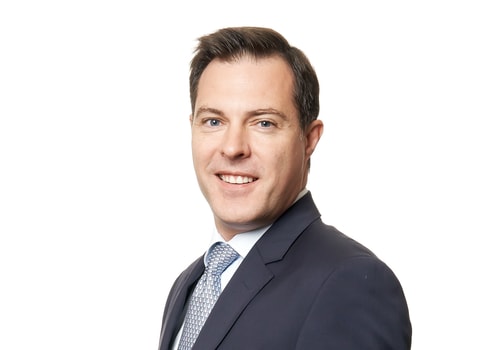 It is this achievement that was recognised when the firm was named Legal DealMaker of the Decade – M&A – by Deal Value at the DealMakers Annual Awards held in February 2020.

Some of the big deals Webber Wentzel has been involved in on over the last decade include advising:

“The Legal DealMaker of the Decade award is really significant because it reflects consistent effort in high value transactional work over an extended period of time,” says Christo Els, the law firm’s senior partner.

“It shows our clients trust us with their largest and most important mandates and highlights our incredible track-record of getting big deals done on the continent” says Els, “It also reflects that our clients are receiving the best possible service from our client teams and the exceptional quality of people who work at Webber Wentzel.”

"The award recognises our last 10 years of success – but underpinning that is our firm's deep history. We have over 150 years of experience, knowledge and relationships which enables us to achieve what we do for our clients."

When asked how Webber Wentzel makes these multi-billion-rand (and, in some cases trillion rand) deals, happen, Els advised:

“On any one transaction there could be a 50 to 70 person team involved with deep expertise, from a multitude of disciplines – working upfront and behind the scenes to get it all done (and done timeously). Much of the big work we advise on has a multi-jurisdictional element, where we partner with our leading relationship firms throughout sub-Saharan Africa. We have worked together over many years and are able to harness the strength of these relationships for our clients doing business in Africa. Many transactions cover up to 15 jurisdictions which makes these partnerships a big part of the success story.”

He added: "Currently, Webber Wentzel is involved in several matters across multiple African jurisdictions. Besides South Africa, other jurisdictions of current interest include Mozambique, Ethiopia, Kenya and Ghana. The firm is also involved in a few deals in West Africa and there is always interest in opportunities in Nigeria. The retail, financial services and telecommunications sectors are often focus areas for investors on the continent – offering significant potential returns from large consumers bases. Mining and energy are also core sectors for investors."

When asked about doing business in Africa and Africa trends, Els said:

“Doing business in Africa is no different to any other part of the world. Big deals are more about ‘opportunity of the investment’ than any one thing that is ‘country specific’”.

Els added, "Currently, the largest transactions in Africa are probably in South Africa but the volume of transactions outside of South Africa is increasing across the continent. Investor interest in Africa seems to go through peaks and troughs, depending on international risk appetite and some domestic issues. We are now seeing a renewed interest in Africa-focused transactions and a lot of discussion related to potential opportunities which may flow from the ratification of the African Continental Free Trade Agreement. On the ground, we see foreign multinationals preferring to make acquisitions to enter and grow into Africa over making greenfield investments. Investors seem to favour obtaining an immediate foothold and partnering with local businesses than going in alone into unknown territories. These partnerships, by and large, seem to be more successful in the long run than those that enter new territories alone” he added.

For attracting big money and investment into Africa, Els says that the old staples always remain relevant. “For any would be investor, there must be certainty and rule of law in a country. It's also a significant advantage if other regulatory institutions have clear and certain regulation.”