There’s hope for the dawn of a new era in the Nigerian judicial sector following the controversial resignation of Justice Ibrahim Tanko Muhammad. Alfred Olufemi spoke to Nigerian lawyers regarding their expectations of the new chief justice. 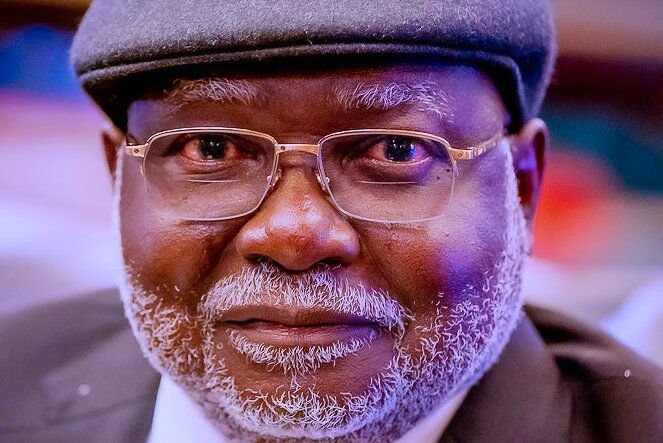 A curtain was drawn over allegations and counter-allegations in the top echelons of Nigeria’s judiciary when Justice Ibrahim Tanko Muhammad resigned as the chief justice of the West African nation at the end of June.

Muhammad, who had held the office since 2019, cited ill-health as the reason for his resignation, but this claim has been clouded by a controversy-fuelled discussion highlighting the plethora of allegations that besieged his office before he resigned.

Fourteen Supreme Court judges had written a letter expressing their concerns and accusing Muhammad of corrupt practices. They also flagged the poor welfare of judges and Muhammad’s failure to increase the budgetary provisions of the courts.

“We are serving this country diligently and to the best of our ability,” the letter read. “We resolve disputes between the Executive and the Legislature including all manner of disagreements between governments and individuals. It would be a tragedy if the Nigerian public were to know that we are unable to resolve our own problems internally without going public.”

Shortly after Muhammad left office, Justice Olukayode Ariwoola, a former Justice of the Supreme Court and Court of Appeal, was sworn in as the new Chief Justice of Nigeria (CJN).

Lawyers and stakeholders believe that an Ariwoola-led judiciary should tackle corruption in the judiciary, prioritise the welfare of justices and strengthen the autonomy of the judiciary.

In an interview with Africa Legal, Rapulu Nduka, a lawyer and spokesperson for the Nigerian Bar Association (NBA), said the bar’s expectations of the new CJN is similar to the general public’s expectations. “Currently the image of the judiciary does not look so good. Over some years now, people have been (considering) that some of the judgements that came out of the Supreme Court are bought. So these are the things the current CJN should try to address,” he said.

Nduka also advised the new chief justice to address the delay in judgements and trials. He noted that the absence of the use of technology has been a spoke in the wheel of progress, urging the CJN to look into this too.

A senior lawyer and professor of law, Epiphany Azinge, also had some suggestions. “He needs to address the welfare of judges. There should be an enabling environment so they can perform,” the don urged Justice Ariwoola.

Another senior Nigerian lawyer and member of the West African Bar Association, Femi Falana, stated that the allegations against the former chief justice should be thoroughly investigated for the sanctity of the judiciary and should not be swept under the carpet.

Falana, who spoke on a TVC News show, hammered home the need to strengthen the independence of the judiciary and prevent undue external interference.

Nigerian law students get a hand up Read more

Putting companies and countries in a g Read more