The atmosphere in South Africa’s Western Cape High Court - where verbal war has erupted between judges - is frosty, and will get worse if their allegations are tested under oath at an inquiry. Tania Broughton reports. 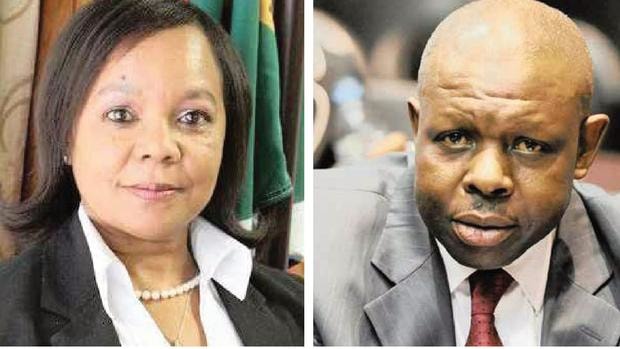 Behind the scenes, the issues between Deputy Judge President Patricia Goliath and Judge President John Hlophe and his wife (and fellow judge) Gayaat Salie-Hlophe, have been simmering for a while.

Last week, in an unprecedented move, Judge Goliath penned a 14-page document to the Judicial Services Commission in which she accused the pair of gross misconduct.

Judges Matter, a Cape Town-based organisation which advocates for transparency in the judiciary, summarised her key complaints:

The allegations are serious, it says.

The couple, through their lawyer, have dismissed them, saying they are “gossip, rumour-mongering and information allegedly obtained from the grapevine”.

In a longer statement, released by Salie-Hlophe, she alleges that Goliath has an “unhealthy obsession” in her marriage. She denies wielding power or influence in the division.

Salie-Hlophe also says she was “collateral damage” in the attack on her husband aimed at ousting him so that Goliath could take up the top post.

The online Daily Maverick reported that the Cape Bar Council had called on Chief Justice Mogoeng Mogoeng to place the three judges on leave while the complaints were investigated.

But, the Chief Justice declined to intervene saying the matter would be dealt with by the Judicial Conduct Committee and he was not legally empowered to act against them.

The three-person tribunal will include two judges. Its findings will then be assessed by the Judicial Services Commission and “if they think a case for impeachment is made out, it will be sent to Parliament for a vote”.

There is a provision for a judge to be suspended, or placed on special leave, pending the outcome of the inquiry.