Gareth Parr, Ryan Courtney and Tiaan Calitz, all lawyers who were working in Johannesburg, have joined the team at Babbé LLP in Guernsey, an offshore international financial centre and independent territory in the English Channel. 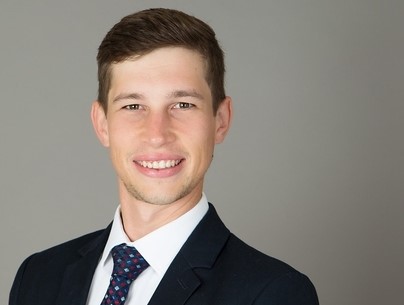 Guernsey, while closer to France than England, falls under the British Crown but is self-governing. It is a natural half-way point for global business wanting a foot in Europe and the United Kingdom. This international financial hub is serviced by an exceptionally strong legal sector– a growing number of which include South African lawyers.

Tiaan Calitz arrived in Guernsey at the beginning of May joining fellow South Africans Gareth Parr, who came in January, and Ryan Courtney, February, at Babbé LLP. All three had been attorneys with law firms in Johannesburg.

As South African admitted attorneys they are all in Associate roles working under the supervision of Guernsey qualified Advocates until they begin their lengthy journey towards admission to the Guernsey Bar.

“The quality of the work is high class and involves assisting on corporate transactions such as mergers and acquisitions, restructuring and liquidations,” says Tiaan. “As an associate my time is spent advising on corporate and commercial law, financial services regulations and governance requirements.”

Gareth and Ryan’s focus is on contentious trust and insolvency litigation.

“There are a lot of complex trusts and others structures that require continual oversight and legal advice when they are established and when issues arise.,” says Gareth.

Ryan says there were instances where his knowledge of South African law had been useful especially where South Africans were looking to invest offshore and had been able to provide insight.

All three lawyers were recruited through a recruitment agency and LinkedIn.

“My wife, Jan and I put our CVs online and these were picked up by a recruiter very quickly and we took the process from there,” says Ryan.

To be qualified in Guernsey is a multi-step lengthy process that can take years but which ends with a lawyer comfortably able to traverse the jurisdictions Guernsey, England and to some extent France. First off, the three lawyers will need to take their QLTS exams to be registered solicitors in England and Wales. After this they will spend time at the University of Caen, Normandy to gain an understanding of Norman law principles (which remain relevant to the practice of law in Guernsey), followed by the Bar exam.

“It’s a multi-step process which will take time,” says Gareth, “but fortunately it is not a process that needs to be complete in order to work in an associate position. At this stage the priority is learning the ropes. I am pretty much doing what I was doing in South Africa except that, without the Guernsey qualification, I cannot appear in court.”

What all three lawyers agree is that working in Guernsey has exposed them to a higher level of specialisation in relation to the transactional work and litigious work.

“You do get a sense this is where it is happening,” says Ryan.

All three did their undergraduate law degrees in South Africa.

Tiaan, a graduate of both Stellenbosch University and the University of Cape Town also has a Masters of Laws (LL.M) in European and International Business Law from the University of Debrecen in Hungary where he wrote his thesis on the legal aspects of blockchain technology.

Gareth grew up in mining communities in the North West Province, KwaZulu-Natal and Gauteng and studied law at the University of Pretoria.

“It has been interesting seeing South Africa through the eyes of global finance. South Africa’s banking sector and the service it offers, is among the world’s best – especially in IT. In South Africa I could trade shares on my cell phone – the technology is there. Here, in a way, things are still done in the old way.”

Ryan started his studies at the old Rand Afrikaans University (University of Johannesburg) and completed his degree at the University of South Africa while doing his articles. He and Jan left South Africa after Jan was a victim of several crimes. “My wife was extremely unfortunate to have experienced multiple events of crime and we both felt it was time to explore our options,” Ryan said.

“Having completed my studies and then working my way up at a law firm, I didn’t get the opportunity to travel or work in any other country. My wife and I decided it was time to make our future somewhere new and we were really excited when the opportunity to move to Guernsey presented itself.”

Tiaan, whose family is still in Cape Town, said he was interested in European and International Corporate law which motivated his move to Hungry to do his MA. Working in an international financial hub like Guernsey was a natural progression from this.

Gareth says he is enjoying being able to focus on his work and living on an island that offers attractive employment opportunities, beautiful scenery and a safe and healthy lifestyle. “If I work until 9pm I don’t have to worry that I am travelling home late as it is a short walk home. Most places are within walking distance and the public transport system is reliable and easy to use.  It is great being able to travel regularly and visit friends and family.”

Life in Guernsey has been an eye-opener especially the pressure on housing. To live as locals, and benefit from lower rents, the three needed housing licences which the firm arranged.

While they have had their heads down at work this year, France and England are only a short distance away and they are gradually stepping out and building new lives in a world far removed from what they left behind in South Africa.