"All the money in this world is either Red or Blue. I do not have my own Green money, so where can I get some from? I am not taking a cold war position. All I want is money to build it.” 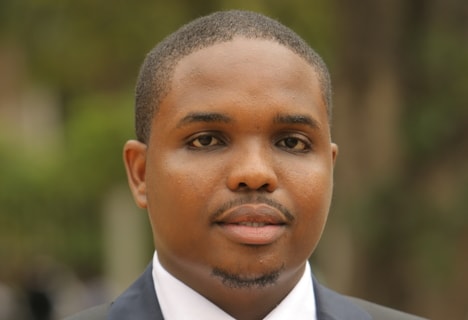 These words, spoken in 1965 by Tanzania’s long time president Julius Nyerere after he was challenged over his country’s strengthening relationship with Communist China, epitomised his feelings on freedom. He was referring to the building of the Tanzania-Zambia railway line but, in a simple example, showed an astuteness for international politics that is still reverberating today.

In this interview with Africa Legal, Frank Ntabaye, legal counsel at United Bank for Africa in Dar es Salaam, gives context to his country’s modern banking sector and explains why China remains close to Tanzania.

The banking sector in Tanzania has been a solid pillar of economic growth in recent years with 50 local banks and global subsidiaries servicing the country’s needs.  For Ntabaye it is a sector poised for expansion as investment pours into the country still listed as one of the ten poorest in the world.

Merchant, investment and community banking make up the sector with the motivator being expanding their reach to customers across the vast agriculture-driven country.

Ntabaye’s corporate home, United Bank for Africa, is one of the oldest with its roots in colonial-era Nigeria when it was part of the British and French Bank Limited (BFB). Today UBA stretches from west to east playing a major role in underwriting loans for the development of infrastructure. It is this kind of support in Tanzania, alongside a loosening of financial control by government, that is seeing Tanzania shift to becoming the second largest economy in East Africa (after Kenya) and the twelfth largest in Africa (out of 54).

By way of overview, Ntabaye explained that banks in Tanzania are regulated by the Central Bank (Bank of Tanzania) which controlled licences for operation. The Central Bank also approved products that could be marketed, ensured key management personnel were equipped, guided training, and enforced compliance with directives and changes to the law.

“There are a lot of changes to the law, around the re-structuring of the financial system, that are underway. This is mainly to safeguard transactions and mitigate money laundering. Lending is also an area that needs watching with laws being introduced to ensure its proper purpose is adhered to and not abused.”

Banking is playing a fundamental role in international investment, especially with Tanzania’s historic benefactor, China. The Chinese continue to invest in Tanzania through labour, expertise and finance, says Ntabaye, building on a decades old relationship.

To understand Tanzania’s commitment to and appreciation of this relationship is to take a history lesson in African politics. From 1970 to 1975 China built the 1860 kilometre Great Uhuru Railway from Dar es Salaam to Kapiri Mposhi in Zambia. It was billed as a “freedom project” to enable Zambia to move copper to the coast without going through white Rhodesia and South Africa and was paid for in expertise and cash by Mao Zedong’s China – itself a developing nation. That western nations didn’t take the opportunity to fund the project is a decision that resonates in African global relations to this day.

As Ntabaye says, one of his bank’s biggest customers now is a Chinese company that is in Tanzania building roads and fly-overs.

“By offering them guarantees on these projects they are able to expand and develop far greater areas across the whole country.”

It is in the maturing of these partnerships – China and Tanzania – and Tanzania with Africa – that Ntabaye sees the continued liberation of people’s minds and attitudes. “In Tanzania this is evident in our relationship with other governments in Africa. This unionism between African states, spearheaded through the African Union, SADC, COMESA and other communities, is very empowering and doing a great deal in developing a sense of equality between nations by promoting African culture and business.”

His advice for investors stepping into Tanzania is to do their research and speak to the locals. “Tanzania is blessed with abundant resources and good people; an investor will be welcomed with an open heart.”

Laws are straightforward, he says, making investment easy. A key driver is that there is the policy of equal opportunities for all. “The law is very clear: it offers stability, clear provisions on investments, equality and incentives to invest in vast sectors.” With oil exploration underway, the growth of fintech and a booming construction sector, Nyerere’s ‘green money’ is arriving in bundles.

“In 10 to 20 years we aim to be one of those countries in Africa with a stable and self-sufficient economy,” says Ntabaye.

There is no question Ntabaye’s deep sense of pride in the growth of Tanzania is a feeling shared across the nation. “This is home,” he says, “I love the surroundings, my people and the love and care they show…this is a land with a lot opportunities and a very promising future. If I could choose to live anywhere in Africa, I would still choose Tanzania.”

This interview was conducted for Africa Legal by the South African journalist and author Carol Campbell. Campbell is the author of three books on poverty and was, until recently, assistant editor for the Sunday Tribune in Durban.