More than 100 law firms in South Africa face a rocky future after their lifeblood, the multi-billion rand Road Accident Fund, cancelled its contracts with them. Tania Broughton reports. 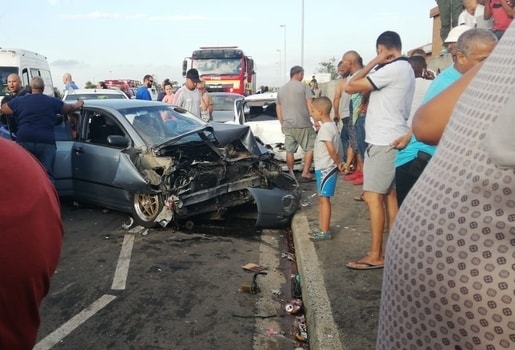 The law firms launched an urgent application against the fund - which pays out victims of road accidents in the country - and lost.

It’s a huge blow. Many of them exist solely to service their contractual agreements with the fund, by serving on the ‘panel’ of 103 firms to handle claims since 2014.

The contracts expired at the end of November last year but, for a smooth transition, they were extended until the end of May this year when all working files, said to be in excess of 6000, were  to be handed over.

Financially, the fund has been floundering for years. It is costing about R800 million a month to run and it pays out about R4 billion every month to claimants.

Its only source of income, a fuel levy, is only R3.5 billion a month and it owes R19 billion in claims.

Pretoria High Court Judge Norman Davis (in his recent ruling on the court challenge for an interdict stopping the cancellation of the contracts ahead of a judicial review of the decision set down to be heard in May) pointed to the fact that the fund’s litigation model had been criticised by many courts over the years. With cases clogging rolls, many courts had settled on the date of trial “at huge cost to the public purse”.

The fund, in its submissions to the court, said it believed a new litigation model - doing away with the panel and settling claims with merit within 120 days -  could result in savings of up to R10 billion.

Fund officials met with the panel attorneys in November last year to inform them “that the current model was not working” and that the existing hand-over requirements, including the agreed fee of R4 a page, was unsustainable.

“This fee is not a trivial issue, the copying fee alone could relate to R1.1billion in costs,” Judge Davis said.

He said no attorney had any constitutional right  to being given any work by any client and that the balance of convenience favoured the fund.

“The panel attorneys say they have built their practices around the work received from the fund, they have expended funds and have commitments regarding infrastructure and personnel to cope with the flow of instructions.

“They argue that they were exclusively concerned for the RAF’s wellbeing but, in the end, it appears to be about the retention of their lucrative practices.

“And money, or rather the lack of it, is where the RAF’s convenience lies. Every day the fund sinks deeper financially. Any reduction in the R10 billion costs, far outweighs this.”

The judge said the panel attorneys had argued there would be “chaos” in June if the fund was left unrepresented but this was more “illusory than real”.

“The real chaos would be if the panel did not hand over their files and as responsible officers of the court, I expect they commence with the already-delayed hand-over.”