Oluwatoyin Aiyepola is the Special Assistant to the Governor of Ogun State (south-west Nigeria) on Legal Matters. She spoke to Ifeoluwa Ogunbufunmi on moving to the public sector. 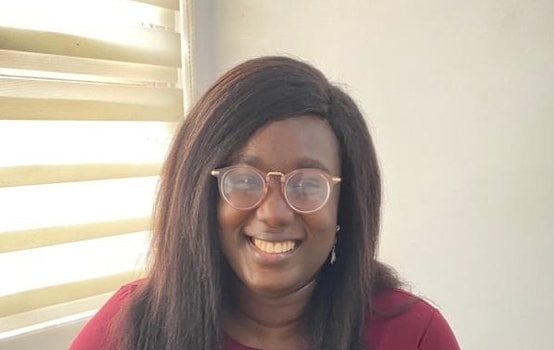 “The opportunity to work with a State Governor came at a time when I needed a shift, although I was considering a transition to an in-house counsel role".

“The reason for this decision was simple - up until 2020, I had worked as a professional in a law firm and I was used to giving advice. I was, however, interested in finding out about other factors that my clients would typically take into consideration, along with my advice, to finally arrive at a decision. I realised I wanted to be a part of this process,” says Aiyepola.

Her background in legislative drafting, regulatory and compliance practise, and her dealings with public sector stakeholders, were instrumental and prepared her well for her new role.

Aiyepola admits however, that "one of the biggest culture shocks with transiting from the private to the public sector is the large number of stakeholders that have to be consulted before a new resolution is implemented or an improvement is carried out, leaving a huge impact on the timing it takes to get things done.”

But she's learnt that checking in and following up on projects helps to avoid things falling through the cracks in this new world for her.

She works closely with the Honourable Attorney-General and Commissioner for Justice of Ogun State in advising the State Government on a myriad of legal issues and the implementation of reforms. These  include the ease of doing business, the administration of justice and internal administrative procedures, the facilitation of capacity-building sessions for state counsel, monitoring and evaluation of internal projects being undertaken by the Attorney General, and, legislative drafting and policy formulation.

Before this, Aiyepola worked with the Corporate Commercial team of Jackson, Etti & Edu (JEE) in Lagos from 2016 to 2020, where she specialised in providing company secretarial and corporate governance advisory services to companies spanning different sectors.

“I was a key member of JEE’s Labour and Employment team and specialised in the structuring of employee share schemes, conducting employment audits, redundancies, negotiation of collective bargaining agreements, preparation and review of employment policy documents and codes and employee on-boarding consulting services.”

While at JEE, she also worked in the firm’s FMCG and Public Sectors, and in 2019 was appointed as the Deputy Sector Head of the Public Sector team, to assist in coordinating and improving the firm’s relationship with regulatory and governmental bodies to ensure premium service delivery to clients.

“In 2017, I was also a key member of the project team of the Steering Committee set up pursuant to a collaboration between the Presidential Enabling Business Environment Council (PEBEC) in the Office of Nigeria’s Vice President and the Section on Business Law of the Nigerian Bar Association (NBA-SBL) to prepare an Omnibus (Business Facilitation) Bill on the Ease of Doing Business. I worked with the team in developing and submitting a first draft of the Omnibus Bill which I later presented to the Organised Private Sector in December 2018”.

Aiyepola now works with a close-knit team and says her team’s open-door policy helps to build trust internally and with other teams. This has encouraged her and her colleagues to voice concerns, provide constructive criticism (where needed), and pitch great ideas that advance her work.

On her initial challenges when she took up her role with the Ogun State last year, Aiyepola says it was, “figuring how to be part of a new work culture, adjusting to my new responsibilities. But I must appreciate my team for their immense support with assisting my transition.”

Outside of work, she enjoys planning events and parties – but not so much attending them and according to her, she might have been an above average disc jockey (DJ) had she ever put her mind to it! She is a graduate of the University of Lagos, where she obtained her LL.B degree.

“Research, communication and legislative drafting skills - all these are important, but you must also be willing to put in the work in whatever you are doing at the moment. Those skills you may not regard highly now may be the very things that you will require to set you apart later” Aiyeopola advises young lawyers.