African lawyers are spending valuable professional time in top international firms through the International Lawyers for Africa Flagship Secondment Programme. Onyinyechi Iwuoha, an associate from Aelex, one of the big five Lagos law firms, is currently with Latham & Watkins in London. She spoke to Africa Legal. 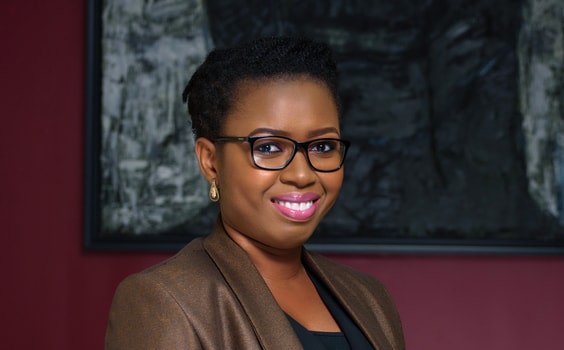 Iwuoha is an Associate in the Banking and Finance practice group at Aelex. She joined the firm in 2013 as she was curious about corporate finance and wanted to learn from experienced transactional lawyers.

Now, as a secondee on the three-month International Lawyers for Africa (ILFA) Flagship Secondment Programme (FSP), she is gaining global experience in her chosen field.

“The programme places African lawyers with some of the best law firms in London, Paris, Dubai and Hong Kong. The aim of ILFA is to educate, equip and empower African lawyers,” she says. ILFA’s goal is to build legal excellence and strengthen the rule of law in Africa.

The opportunities the ILFA programme affords lead to high level networking, exposure to other kinds of courses, insights into the use of tech in law and new partnerships with industry-led groups.

On a professional level, Iwuoha says, the experience has been enlightening.

“When we advise on finance transactions at Aelex, it is mostly from the perspective of local counsel. However, at Latham - and I suppose other London law firms, the reverse is the case. You often find that these UK firms act as international counsel on these transactions and the role they play is quite different from that of local counsel. The secondment has afforded me the opportunity to work with and also learn what it means to be an international counsel on a deal, and, I must say, it is a totally different experience, especially the multi-jurisdictional transactions.”

On a personal level she says that London is almost a relief from the nightmare of Lagos traffic.

“It is very pleasing to go to work without spending two hours in traffic or waking up at an ungodly hour to beat the traffic.”

The similarities, she says, is that practicing law in both Lagos and London is “hectic”. “It’s the same late nights, impossible deadlines and most importantly, ensuring that the client's demands are met.”

Iwuoha says she never set out to be a lawyer.

“I always wanted to be a medical doctor but, growing up, I was a bit argumentative, so most people, including my parents, always said I’d make a good lawyer.”

At university she realised she had no aptitude for science and that her parents had been right!

She enrolled for law at Imo State University in Owerri, graduated with flying colors and started her legal practice in Lagos.

“I am from Ebikoro, Abo Uzoagba in Ikeduru Local Government Area of Imo State in South East Nigeria and spent some parts of my childhood in Onitsha, Anambra State.”

Now in London she jokes it is taking time to become used to the growing cold of the approaching northern hemisphere winter. In her limited free time the sites are keeping her busy.

“I’m a long suffering Arsenal fan so I made sure to visit the Emirates Stadium to watch one of the team's matches. I’ve also visited some other places like the universities at Oxford and Cambridge and the popular Oxford Street (for shopping of course!).”

Picking up the Pace Read more