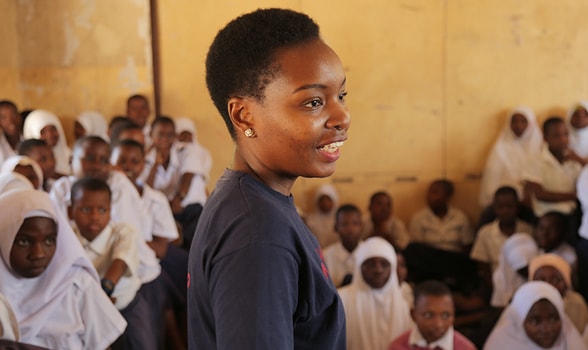 Tanzania has one of the highest child marriage prevalence rates. It is estimated that two out of every five girls marries before they turn 18.

Gyumi was determined to challenge this, and, as a World Economic Forum Global shaper launched a successful challenge to sections of the country’s Marriage Act which allowed for girls to marry at the age of 15 and boys at 18.

She was victorious. The high court of Tanzania in Dar es Salaam, ruled the sections to be unconstitutional. In 2018, because of the work of the Msichana Initiative, an NGO she founded to “empower girls through education”, she was awarded the 2018 UN Human Rights Prize.

But, the government appealed, arguing, in part, that the law actually protected girls who fell pregnant out of wedlock. It was also argued that there were “biological differences” between girls and boys- that girls undergo earlier maturity and thus it was legally permissible to treat them differently.

But, earlier this month, (October 2019) in a carefully crafted judgment, three judges of the Court of Appeal put paid to each and every argument submitted by lawyers for the Attorney-General.

Judges Mary Levira, Winnie Korosso and Augustine Mwarija said the appeal could not succeed - and directed the government to make the necessary legislative amendments within a year.

The judges said the law was enacted 45 years ago and there had been various legislative developments since then.

“Though done in a fragmented way, all were done to match the public outcry worldwide of ensuring that the welfare and protection of the girl child is enhanced and that dignity and integrity are generally safeguarded.

“Tanzania is not an isolated island. The government has ratified and domesticated many international instruments,” the judges said.

The government had also committed itself to enforce them to ensure the realisation of human and peoples rights.

“The trial court did not err in holding that the sections of the Act have lost their usefulness.

“We subscribe to the findings of the high court that, the operation of sections 13 and 17 of the Act expose girls to serious matrimonial obligations and health risks like domestic and gender-based violence, psychological distress, miscarriage, and teenage pregnancies.

“As rightly found by the high court, it is our settled view that marriage of a child under 18 years subjects a child into complex matrimonial and conjugal obligations.”

They said the provisions also treated boys and girls differently in contravention of the Constitution.

In an interview with CNN earlier this year - when the appeal was still pending - Gyumi said: "The change in the law is not the only thing we're advocating for. We need to make sure the law is implemented at ground level. We need to teach girls around the country to stand up for their rights and continue engaging with communities."

Asked what her message is to young girls she said: "I encourage you today to be brave and stand up for your truth." 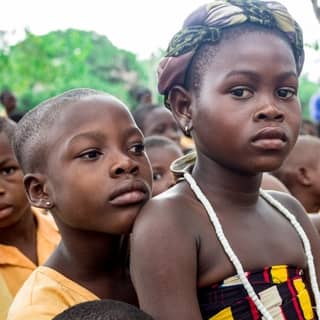