Today, International Women’s Day, once again brings into sharp focus the difference men and women are paid for the same work. Business writer Greg Ardé reflects on the gender pay gap in the legal sector. 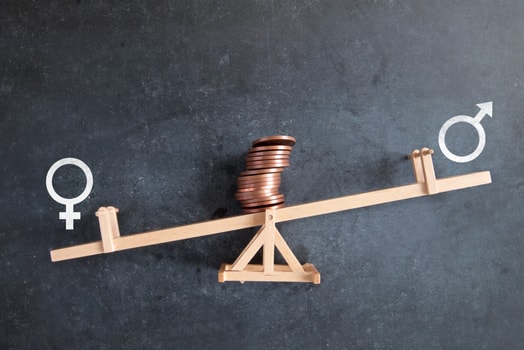 “I’d happily give input to your story,” the Ugandan lawyer offered, “But, I don’t know about any gender pay gap and I’m not discriminated as a consequence of my gender.”

Alas, this lucky lawyer is in a tiny minority.

Check a raft of reliably backed websites and they will tell you the extent of the gender pay gap in Africa.

There is a fascinating website which boasts that it is backed by the Bill and Melinda Gates Foundation. To see the difference between what men and women are paid across the continent, visit: https://gendergap.africa/

A man and woman in Benin, for example, are only 6% apart on salaries.

But in Algeria, men earn a staggering 447% more than women.

A story on that report late last year by www.timeslive.co.za  says the ILO found the gender pay gap was 20% on average globally (based on a survey of 70 countries and about 80% of wage employees).

The news agency quoted the report saying Sierra Leone had the highest gender pay gap at 46.6% followed by The Gambia at 44.3%.

Precious Gondwe, from Precious and Partners in Botswana, says prior to her admission to the Bar, a man could earn double what a woman did.

Gondwe says it is a “real issue and it happens all the time”.

It leads to bitterness and resignations.

“It demoralises female lawyers and makes them question their capability. Mind you we all undergo similar training to become lawyers!

“I started my own practice to give female lawyers a platform to thrive and be accorded equal opportunities in the workplace.”

Women around the globe are agitating for a fair deal.

According to a story on https://www.malaymail.com/, shareholders in big firms listed on the NY stock exchange are demanding companies reveal male and female wage differences.

One investment firm is asking nearly a dozen tech, retail and banking companies to disclose median pay at their annual meetings.

His firm did over 100 interviews with female partners at law firms in Cape Town and Johannesburg.

In one interview a woman said: “On the one hand, South Africa has made huge advancements in reducing the gender pay gap in recent years, on the other hand, global and local statistics still indicate there is huge ground to be covered before gender pay gaps are eradicated.”

“Our data indicates that, overall, there are no statistically significant gender pay disparities in South Africa. In some cases, we see firms with very clear pay structures and pay visibility while other firms employ a more case-specific salary determination structure and offer little or no visibility.”

Zeederberg says many of the female legal professionals his firm has spoken to feel that, while there is no notable pay gap, gender bias, sexual harassment, and unfair discrimination still permeates their daily work.

“For example, a partner at a Big 5 law firm felt she was more harshly penalised for personal time spent away from the office and clients than her male colleagues. To this effect, women have lower billable hours due to family responsibilities.”

According to an article on PWC’s website, director Rene Richter says companies need to focus on the pay disparities.

“Overall, we are seeing more transparency in reward programmes, as well as increased scrutiny of performance and bonus outcomes by gender. Some countries have adopted mandatory quotas to increase the participation of women on boards. In 2008, Norway obliged listed companies to reserve at least 40% of their director seats for women or face dissolution.”