From lecturer to Jurist of the Year

When Kenya’s Court of Appeal Judge Professor Joel Ngugi left his teaching job in the United States in 2011, little did he know he would be at the centre of transforming the country’s jurisprudence, writes Paul Ogemba. 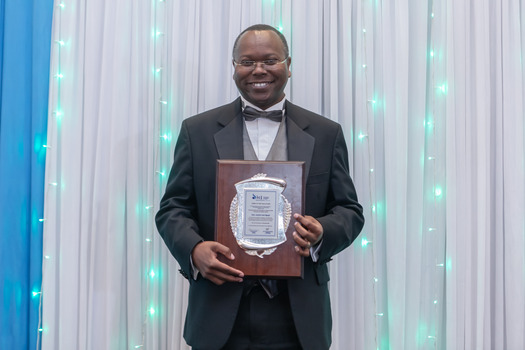 Justice (Prof) Ngugi’s transition from a top legal scholar at the University of Washington to the judiciary has paid off in just eleven years, with him rising from being a judge of the High Court to an Appellate Court judge and crowning it all by being feted as Kenya’s Jurist of the Year for 2022.

He is a humble and soft spoken judge, but whenever Ngugi delivers a judgment it leaves no doubt he is a strong human rights defender, and a stickler for the rule of law and constitutionalism. In recognition of this, in December 2022 the Kenyan Section of the International Commission of Jurists (ICJ Kenya) honoured him with the award for Jurist of the Year.

“He has a reputation for contributing to Kenya's transformative and innovative legal reforms through his legal prowess as a human rights defender, jurist and scholar. His keen attention to detail is contagious. His energy, passion-driven and genuine belief in the rule of law has endeared him to many,” said the ICJ.

According to ICJ Kenya, Ngugi emerged as the best jurist for 2022 based on his solid reputation of pushing legal boundaries and challenging the status quo which earned him recognition nationally, regionally and internationally.

Two of his notable high-profile cases include the Constitution Amendment Petitions case in 2021 where he sat on a bench that stopped the government from amending the constitution, and the Ballot Tender Case in 2017 where he cancelled the tender for printing presidential election ballot papers, citing conflict of interest.

He also handled a complicated murder case where a high school principal was charged with the murder of her husband, and in a case where a Member of Parliament was accused of inciting people to violence, he upheld the rights of a person in pre-charge detention to be released on pre-charge bail.

“His passion for expanding access to justice saw him spearhead discourse for alternative justice. He has published more than ten articles in peer-reviewed journals and book chapters, and made more than one hundred scholarly and professional presentations at various conferences,” said the ICJ.

Justice Ngugi says his passion for law and human rights started in 1990 when he saw one prominent lawyer agitating for the return of democracy in Kenya. He has never looked back. At the award ceremony he even chose to dedicate the award to those who believe in his philosophy for human rights rather than to his family who stood alongside him.

Despite his achievements, Ngugi says he is not yet done and wants to be part of more transforming decisions from the Court of Appeal.