French Commendation for SA Lawyer Working on Violence Against Women

Next month (March) South African human rights lawyer Prof Bonita Meyersfeld will receive one of France’s highest accolades and become a Knight of the National Order of Merit in recognition of her work on gender-based violence. Tania Broughton reports. 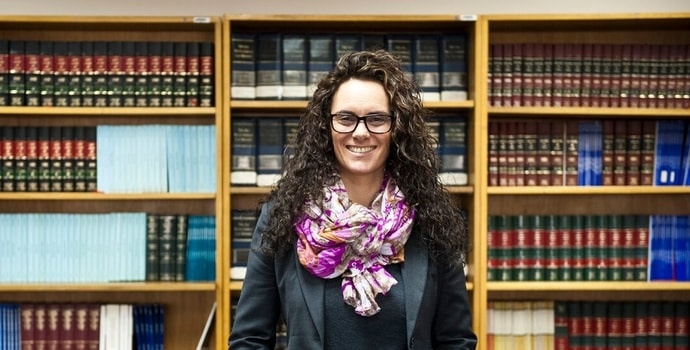 “It was completely out of the blue... I called the embassy to make sure.

“But I am still a little disbelieving!” Meyersfeld told Africa Legal of her reaction when she received the news last year.

The honour is presented to French citizens and foreign nationals for distinguished achievements such as "acts of devotion, bravery, generosity, real merit or a measurable commitment to serving others".

That she is getting the award in recognition of her service in uplifting human rights - and specifically for founding Lawyers Against Abuse - is particularly rewarding.

For her thesis, she started looking at standards of international law surrounding issues of violence against women, specifically domestic violence, inter-partner violence and rape.

“I had worked in this area as an activist. And I started to think about what a comprehensive legal response would look like.

“It became clear that the systems we have are hamstrung, broken and put together erroneously: that the justice system just didn’t understand the problem,” she said.

“The key, I believed, was to understand what happens psychologically, assess legal needs and to integrate the two.”

Apart from authoring a book, Domestic Violence and International Law, Meyerfeld wanted to implement and test her model.

And thus she founded Lawyers Against Abuse and, after two years of planning and strategizing, a project was launched in Diepsloot, an informal settlement in Johannesburg where violence against women and children was rampant.

It was the ideal place: Research there showed  that 56% of men surveyed had committed physical or sexual violence against a woman in the past 12 months - one third admitting to using both physical and sexual violence.

These prevalence rates are more than double those in other parts of South Africa.

“We looked at many different sites. It was important that we weren’t repeating existing services to test our model,” Meyersfeld said.

In Diepsloot there were no services at all.

In the four years the project has been running, it has had extraordinary success assisting victims with counselling, legal advice, debriefing, parental training and holding victims hands as they traverse the legal system - all provided free.

Meyersfeld, an associate professor at Wits who is the immediate past director of the Centre for Applied Sciences at the university, is the chairperson of the Lawyers Against Abuse board.

But for now she is quite hands off.

“It was designed that way. It had to be independent and sustainable. I work closely with the executive director Lindsay Henson and it runs very smoothly.”

The next step, she says, is to identify other sites in South Africa and roll out the project.

Meyersfeld is most pleased that the work - and the need for it - is now getting international recognition.

But ask this wife and mom - who once worked in the House of Lords and has blazed a trail of human rights consciousness in Africa and beyond - what her greatest success is and she replies simply: “My family”.