The flooding which has ravaged many parts of Nigeria did not spare lawyers or the justice system. Alfred Olufemi writes on the impact of this natural disaster on the country’s judicial system and the judicial officers. 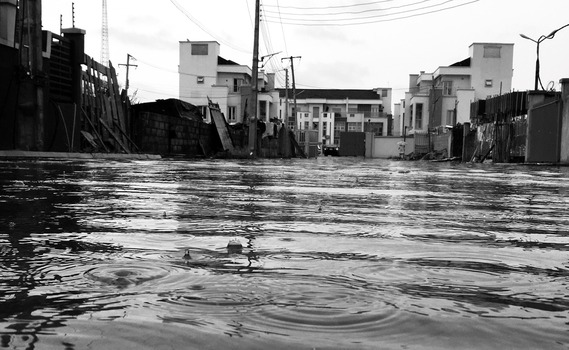 Lawyers in affected areas were shut out of the courtrooms, thus impacting the country’s fragile judicial system. Emmanuel Yinfaowei, a senior lawyer and former secretary of the Nigerian Bar Association in one of the worst-hit areas, Bayelsa state, said some courts in the state were on a lockdown for two weeks.

Yinfaowei, who currently works in the state’s employ, noted that many cases, including some he is handling on behalf of the state, were adjourned. He also stressed that lawyers residing out of the state  could not attend their sittings because movement into the state ceased as a result of the flooded highways.

Apart from the impact on justice, he mentioned that it affected some legal practitioners’ means of survival. "Some were displaced. You know income will be affected because you don’t go to court. For most it was daily income," he added.

The President of the Nigerian Bar Association (NBA), Yakubu Maikyau, sympathised with all the Nigerians affected by the floods in numerous towns and villages, and also noted that some of the NBA members were affected.

He directed the organisation’s chairmen to compile a list of NBA members directly affected by the flood so the NBA can offer some help to them and their families.

“Nothing will ever replace the lives that have been lost, but we can help by joining hands with the relevant authorities to see that some form of material aid is made to alleviate the sufferings of the people, most especially our colleagues," the NBA President wrote in a letter seen by Africa Legal.

The NBA subsequently announced the formation of a relief committee composed of senior members of the bar. The committee’s mandate is to raise funds, identify beneficiaries and design an equitable model for allocation of relief funds and materials to beneficiaries.

“As an organisation, we have a duty to look after ourselves and we must, as a matter of urgency, take steps towards alleviating the sufferings of our colleagues who are affected by this disaster,” the association stated.

Officials from the NBA who spoke with Africa Legal on condition of anonymity, said that the relief committee has commenced work, but added that the intervention is just to mitigate the effects of the flood, like the association did during the height of the COVID-19 pandemic.