Fast-Paced Life of a Telecom Lawyer

Thomas Louis Abira is the Legal Counsel and Manager at the Kenyan Telecommunications giant, Safaricom PLC. He spoke to Africa Legal’s Judy Waguma about the hurdles he overcame to pursue law and his current work at Safaricom. 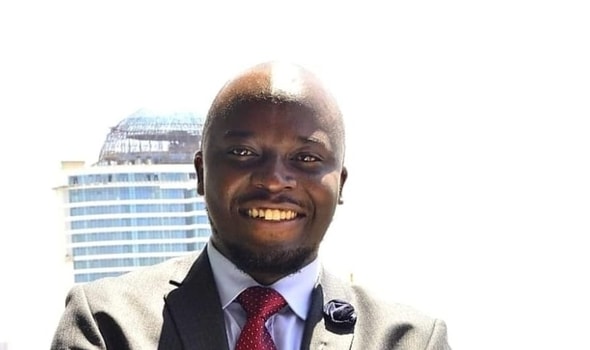 Abira’s journey to pursue law has been defined by a few things in his life— failure, rejection, but most importantly, determination and hard work.

“I knew from when I was eight years old that I wanted to study law. I was fascinated by my father’s friends. They were confident, spoke good English and wore perfectly fitting suits.”

“But in secondary school, I struggled with my grades, and did not get the cut off point to study law.”

Public education in Kenya is based on an 8-4-4 system, with eight years primary education, followed by four years of secondary school and four years of University or College. For law, however, it required an extra year at the Kenya School of Law and six months of internship before being admitted to the Bar.

“While my grades were average, I was privileged to have participated in the Junior Achievement Club - a worldwide organisation that organised mentorship programmes for secondary schools, where students are linked with mentors from various companies in the country.”

Sending applications after applications to universities did not bear any fruit and saw Abira get into selling insurance.

“I still wanted to be a lawyer. So I enrolled for a two-year diploma course in law at the Kenya School of Professional Studies, hoping to qualify for a degree in law, in spite of my average grades, to join Mount Kenya University in 2009 , as an LL.B student.”

In 2016, Abira was admitted to the bar as an advocate of the High Court and “that was when my dream came true,” he says. He recently improved his knowledge by taking short law courses at the Universities of Oxford, Reading, and the Queen Mary University of London.

Today, he is the Legal Counsel and Manager at Safaricom PLC, the largest Mobile Network Operator in Kenya.  He also doubles as the company’s Business Partner for Financial Services. Within just one-year into working with the company, Louis was awarded the 2019 “#SafaricomWayHeroes” Award, for leading the legal team behind the newly launched Fuliza product that allows customers to complete payment transactions through the company’s money transfer platform, M-Pesa.

“Fuliza was my best project. It works like an overdraft facility except that you don’t get cash money and it is based on your mobile phone but, if a customer tried to shop with insufficient funds in their mobile money wallet, they would still be able to buy their goods using Fuliza M-Pesa,” he says.

His role was negotiating the commercial agreements and advising on the complex regulatory processes that led to the approval and launch of the award-winning payment innovation that is now used by over 10 million customers.

For him “it is very exciting to be part of a company that is embracing technology and pioneering innovations that impact people’s lives and connect the world.”

“The biggest challenge I face is the speed at which Safaricom produces new products.. “Everyone is watching Safaricom - the media, regulators and our customers, and we cannot afford to get it wrong  especially on the law.”

In one year alone, he says, Safaricom produces upwards of  twenty new products and services.

When asked if he ever envisioned himself working for Safaricom, he says, “Not by a long shot!” “But it feels great. Safaricom is a fantastic employer.” Before joining Safaricom in 2018, Louis was the corporate, commercial and real estate associate at Dentons-Hamilton Harrison & Mathews, a leading law firm in Kenya.

It is the likes of  Kiragu Kimani, a partner at HH&M, who is ranked as one of the best lawyers in Kenya, that have helped nurture Louis’ determination. “I started working for Kiragu when I was a diploma student and his law firm was known only to offer internships to top university students. But I applied, got accepted and stayed on for over eight years.”

“What I enjoy most about my current job, is being part of a team that designs products that solve people’s problems. For instance, with the Mobile Money service, M-PESA, Kenyans no longer have to queue at banking halls to pay their bills, thanks to the work we do.”