South African Facebook posters who vented about the Chinese community after a documentary about animal abuse aired on national TV show Carte Blanche, have been found guilty of hate speech and fined by the Johannesburg Equality Court writes Tania Broughton. 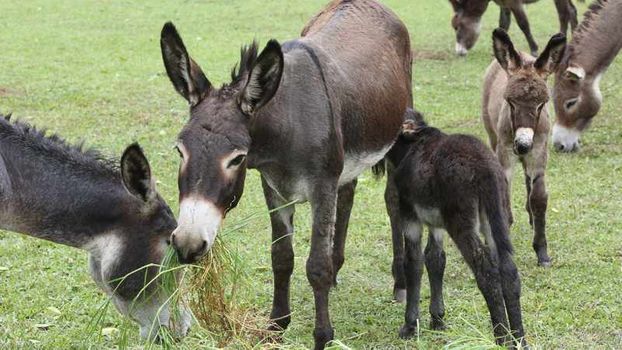 A file picture of donkeys that were saved from likely slaughter. Picture: African News Agency (ANA)

The court made the finding against 11 of an initial 12 respondents cited by the Chinese Association of Gauteng in the application which came before Judge Motsamai Makume.

The central issue in the case was whether the various statements posted on the platforms of the Donkey Sanctuary and the Carte Blanche Facebook page constituted hate speech and were harmful to persons of Chinese origin as spelt out in the Promotion of Equality and Prevention of Unfair Discrimination Act (the Equality Act).

The respondents – who reside all over South Africa – all made the comments in January and February 2017 following the airing of the documentary which focused on the trade in donkey skins and which showed footage of people slaughtering animals in an inhumane manner.

In summarising the case, the judge said the respondents fell into three categories: These included three “defaulters” who had ignored the complaint and not filed any defence. Then there were six “confessors” who admitted making the comments, agreed that they constituted unfair discrimination and hate speech, and had tendered apologies. And then there were two who had opposed the application, essentially denying they made the comments or, if they did, they did not amount to hate speech.

The chairperson of the association, Erwin Ming Pon, in his evidence, said when he read the comments on Facebook he viewed them as “vile, racist, xenophobic and genocidal”.

One of the respondents said that his comment on the sanctuary site had been taken out of context. He said when he wrote “wipe them out”, he was referring to the gang killing donkeys, not to Chinese people in general.

Judge Makume said the complaint against him had to fail because his explanation could be “reasonably accepted”.

Regarding the other “opposer”, the judge said her defence was that she was not the author of the post. The judge said it had been proved that the woman wrote the post. She said the opposer’s words “indicated her hatred for people of Chinese origin and not only those who are accused of slaughtering donkeys but she does not want Chinese to live in South Africa”.

“The overall message was that they (the Chinese) should be gotten rid of.”

The judge deemed the utterances of the 11 respondents to be hate speech. She ordered that they refrain from publishing similar words in respect of any race on any forum, that they publish unconditional apologies, and that they pay damages of R50 000 ($3 037) each, to the Hong Ning Chinese Aged Home.

Should any not be able to afford the fine, they were given leave to approach the court to explain their financial circumstances and to apply for an order converting all, or part, into community service.