An embattled senior Nigerian police officer who has a fraud case to answer in the United States, was recently named in a transnational cocaine trafficking ring. Alfred Olufemi examines the legal implication of the fresh crimes amid calls for his extradition to the US. 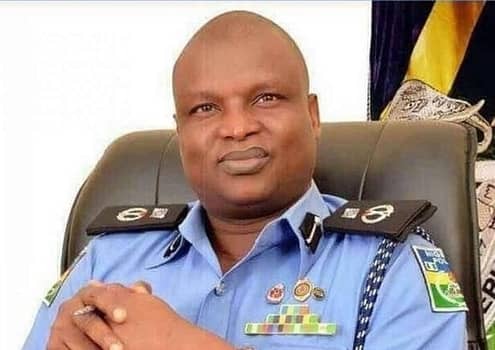 Abba Kyari, a deputy commissioner of police, had earned himself accolades for quelling kidnapping in Nigeria’s commercial hub, Lagos state, among other achievements. But the trajectory of the one-time super cop’s career took a different turn when the United States’ Federal Bureau of Investigations (FBI) fingered him as a conspirator in a $1.1 million deal to defraud a Qatari businessman in July 2021.

Although Kyari denied any wrongdoing, the police service commission ordered him to step down from his official duties until the local investigation into the matter is concluded. While the findings of the probe are yet to be released, on 14 February Kyari was transferred into the custody of the Nigerian Drug Law Enforcement Agency (NDLEA) over fresh allegations.

NDLEA’s spokesperson, Femi Babafemi, released a statement explaining that Kyari approached an NDLEA officer saying his team had intercepted and arrested some traffickers that came into the country from Ethiopia with 25kg of cocaine. “He proposed a drug deal whereby he and his team would take 15kg of the cocaine and leave 10kg for the prosecution of the suspects arrested with the illicit drug in Enugu. In the meantime, the purloined cocaine would be replaced with a dummy worth 15kg. He asked the NDLEA officer to persuade men of the FCT Command to play along as well.”

With the approval of the agency, the NDLEA officer cooperated with Kyari and this led to a sting operation that resulted in multimedia evidence that can be used to prosecute the senior police officer. Section 11 of the National Drug Law Enforcement Agency Act of 1989 prescribes life imprisonment for importation or sale of cocaine, heroin or similar drugs.

Legal practitioners who spoke to Africa Legal fear that the drug charges – if they materialise – will stall Kyari’s extradition. They cited Section 3(6) of the Extradition Act of 1966 that states that a fugitive criminal facing trial or serving a jail term shall not be surrendered for extradition.

“(a) (any fugitive) who has been charged with an offence under the law of Nigeria or any part thereof, not being the offence for which his surrender is sought; or (b) who is serving a sentence imposed in respect of any such offence by a court in Nigeria, shall NOT be surrendered until such time as he has been discharged whether by acquittal: or on the expiration of his sentence or otherwise,” the law says.

A Lagos-based lawyer, Festus Ogun, said that any extradition application made against Kyari would thus be rejected if NDLEA decides to charge him with an offence under Nigerian law. “The law remains that no individual can be successfully extradited from Nigeria to any other country if a criminal proceeding, different from the fugitive’s extradition’s crime, is pending in a Nigerian court.”

However, Kyari has not yet been formally charged and another Nigerian lawyer, Nkem Okoro, told Africa Legal that the ball is the Nigerian authorities’ court as the law is silent on whether or not allegations and pending local cases should be prioritised over an extradition case. He also maintained that the only way the government can go ahead with the extradition is by not pursuing the local drug charges.