Nigeria has taken the lead by launching the first Central Bank Digital Currency (CBDC) in Africa, beating Ghana to it. However, the acceptability and marketability of the project remain challenges for the country’s biggest financial institution to surmount, writes Alfred Olufemi. 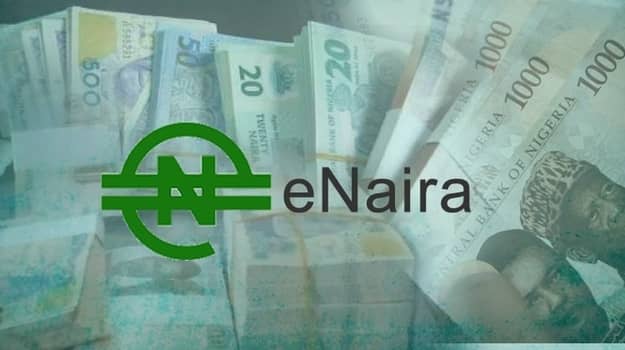 Built on a central blockchain ledger technology that prevents duplication or creation of fake units, Nigeria’s digital currency was officially released on 25 October 2021. It is a partnership between the Central Bank of Nigeria (CBN) and Bitt. Inc, a fintech company based in the Caribbeans.

The eNaira is simply the digital version of the Naira and has the same value as the physical currency; it is issued by the CBN. Nigerians can access the new currency by installing the eNaira wallet application from Google or Apple play store.

However, the landmark project has been met with scepticism in the country that banned cryptocurrencies earlier this year. The use of digital currencies has grown in recent years in Nigeria, nevertheless, on 5 February 2021 CBN issued a directive instructing all financial institutions to stop the facilitation of all transactions involving cryptocurrencies. It also ordered them to identify persons transacting with cryptocurrency exchanges and ensure that such accounts were closed immediately.

“Given that the Central Bank of Nigeria has largely banned cryptocurrency, the genuineness and sincerity of introducing a government-owned digital currency are issues that call for concern,” Festus Ogun, founder of Crypto Law Africa, an organisation that offers legal insights on cryptocurrency trading, told Africa Legal. Ogun explained that the eNaira holds great prospects for Nigeria’s economy but its reception by Nigerians will determine its success or otherwise.

The head of research with SBM Intelligence and a practicing lawyer, Ikemesit Effiong, opined that the project was hurried by CBN and that may spell its doom. He raised issues such as the inability of the CBN to create a clear-cut distinction between the physical Naira and eNaira, thus losing the selling point.

Effiong further argued that the CBN Act may not measure up to the legal challenges that may arise from eNaira transactions. First promulgated in 1958, the CBN Act has been amended four times, but Effiong says the law envisages the Naira as a physical piece of paper and not a digital asset. “At the time when those laws were enacted, computer technology was either non-existent or insufficiently used.” Getting people to sign up and download this eNaira app will be problematic, he said, referencing the initial pull down of the app on the Google app store.

Ajose Gideon, a cryptocurrency enthusiast, believes that whereas cryptocurrencies are independent of regulation, CBN’s overwhelming control of eNaira scares Nigerians. “If you send me Bitcoin, I can check the address on the blockchain explorer and see whether the funds have been sent or not. This transparency is missing in what the Nigerian government is doing.”