Efforts to End FGM in Kenya

Kenya’s President Uhuru Kenyatta pledged to end female genital mutilation (FGM) by 2022, but the practice, considered a cultural heritage in some communities, continues unabated and is a requisite to early-child marriage, writes Judy Waguma. 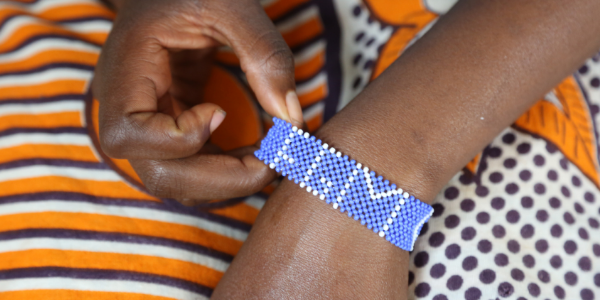 “As with many cultures, it keeps losing strength and we need concerted efforts to end this practice completely,” said Agnes Bange, a gender officer at the Kuria County Government, an administrative district in Western Kenya.

FGM, officially banned in Kenya in 2011, involves the partial or total removal of the girls’ external genitalia and the clitoris. It holds no health benefits and is a harmful and invasive procedure. Many girls have bled to death, suffered infections, chronic pain, infertility, and a number of other medical dangers.

Although the 2014 Kenya Demographic and Health Survey indicates a decline in the prevalence rates of FGM from 37.6% in 1998 to 21% in 2014, over 50 million girls and young women from the five East African countries – Ethiopia, Kenya, Somalia, Tanzania and Uganda – have undergone FGM, accounting for almost one-quarter of the 200 million cases globally.

Additionally, recent findings from a report commissioned by UNICEF and UNFPA, and the Kenyan Anti-FGM Board, revealed that about 70% of survey respondents from Uganda, and 60% from Ethiopia, travelled to Kenya to undergo FGM.

Bange, who hails from the Kuria community, disclosed that while she was not circumcised her parents were circumcised, and later had eight children with no complications. “So, when you tell a traditional elder the issue of complications and its effects, they may not understand what you mean,” she said.

In 2020, Dr Tatu Kamau, a medical doctor, filed a petition to legalise FGM for consenting adults. She argued the government was trying to abolish a “cultural heritage”. However, in a landmark ruling delivered in March 2021, the high court quashed her petition.

In Kamau’s case, the court found a gap in type 4 FGM, which is not prohibited under the current law, explained Caroline Lagat, a lawyer, human rights advocate, and Programme Officer at Equality Now.

Lagat said the challenge with FGM is the cultural aspect which has led to many unreported cases, interference and sometimes no follow-up.

“The court, therefore, directed the government through the Anti-FGM Board to review and amend the law to prohibit all types of FGM. The board was tasked to involve all stakeholders, look into provisions, challenges that government officials, particularly the police and prosecution, face so that they can fill that gap,” said Lagat.

There are some cases in which victims are equally perpetrators of FGM. “For instance, in Elgeyo Marakwet where women performed FGM on themselves, in that case they were charged as perpetrators but also victims,” Lagat added.

Bange said in Kuria an agreement between elders from bordering communities – the Kalenjin, Maasai, and Tanzanians – has now been reached, with support from UNICEF. “We have to provide constant education, strengthen the laws, as well as through the Nyumba Kumi Initiative, discreetly map houses of those who still harbour beliefs in the cut, and work together to end FGM.”