An eSwatini (Swaziland) attorney, banned from appearing in any court in the country because of his failure to comply with personal contempt of court orders, cannot challenge the ban in terms of the doctrine of “unclean hands”, three local judges have ruled. Tania Broughton reports. 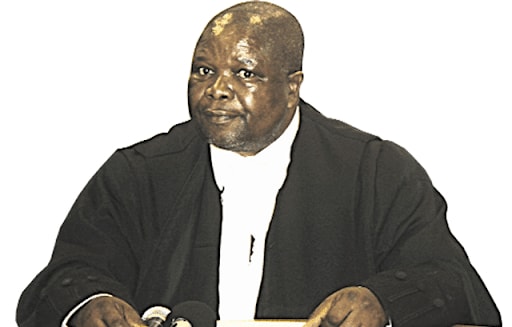 Muzi Simelane took on Chief Justice Bheki Maphalala in an application in which he sought to uphold his constitutional rights. And he lost.

Simelane brought a substantive application to set this notice aside. But the Chief Justice, when the matter was called at the end of September, raised a legal point, arguing that his case should not be heard at all until he complied with the court orders against him, granted by both the high court, and the Supreme Court of Appeal.

To hear the matter, the CJ said, would offend against the doctrine, which sets out that a person approaching court for relief must be free from unfair conduct with regard to the subject matter of their claim.

Simelane was sued by a local company, Beauty Build Construction back in 2013.  He acted for the company in a successful case against government but refused to pay over the damages. He was ordered to pay E387 992 (£18,454), pay the interest of nine percent a year, dated back to November 2011 and the legal costs on a punitive scale.

The court heard that he has still not fully complied with the order, in spite of losing an appeal, which resulted in a consent order that he would pay the capital amount, E547 992, (£26,064) costs and interest.

While he paid the capital amount, he had still not paid the interest and costs.

Simelane claimed he was not liable for the interest because the Supreme Court had subsequently varied the order on several occasions.

But the judges, after scrutinising the subsequent orders, said they did not change anything. In fact they entrenched that he must obey the initial ruling and, if he failed to do so, he could be jailed for contempt of court.

“Any variation of that order would have to be specifically made. It cannot be made by inference.”

On the question of the costs order, Simelane claimed that it was the CJ who was frustrating the process of taxing the bill of costs.

Not so, said the CJ, putting up correspondence from Simalane’s law firm MPS, to the taxing master, asking for a postponement because he had launched review proceedings against the initial judgment.

In response, the CJ, in June this year, said: “We note that you have employed every delaying tactic in the book so that taxation cannot proceed. We therefore now seek a date for taxation whether you attend or not.”

Regarding the so-called pending review, the judges noted that nothing had been filed at the Supreme Court. Pressed to provide proof, Simelane had produced what appeared to be an unsigned “draft application”.

The judges said Simelane had already been found in contempt of court by the Supreme Court.

“This inquiry has proved that he has still not fully paid what he was ordered to pay. He has not purged his contempt and accordingly approaches the court with dirty hands and he cannot be heard,” they ruled, dismissing the application with costs.