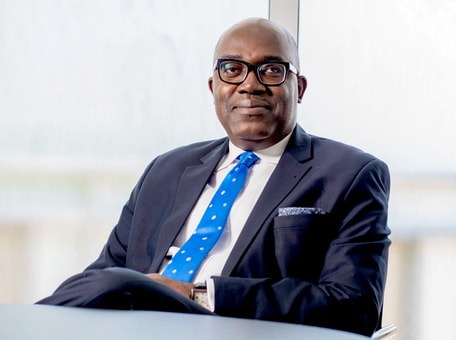 Young lawyers can learn a great deal from Kunle Ajagbe, one of the well-established names of Nigerian law and someone who has a passion for instilling the right values in the younger generation, through “example, words and experience”.

For Mr Ajagbe, co-founder of Aidan Partners in Lagos, Nigeria and a graduate of the Obafemi Awolowo University (in Ife), Lagos has always been home. It is a city where, in his formative years as a lawyer, he benefited from the “good graces of some fine gentleman”. Learning from these men developed within him an unflinching capacity for hard work and professionalism, he says. And with it came “a fecundity with words; the primacy of integrity and character; the ability to challenge oneself and one’s cherished assumptions and a willingness to innovate”.

Mr Ajagbe is an instinctual mentor saying his “pitch” to young lawyers is to encourage within them an understanding of the way of the world - the economy, current trends and the way the law is practised in other jurisdictions. “Lawyers are to think and act like problem solvers!”

On his specialization as a corporate and commercial lawyer, he explains that he grew into this area of law. After some initial litigation experience, he realized that his path lay elsewhere. A key era in Nigeria, where the specialist legal skills of transactional lawyers became an urgent need, was the privatization exercise under the auspices of the Bureau of Public Enterprises (BPE) in the early 2000s. This was when the Nigerian government began divesting from State Owned Entities. Mr Ajagbe says most of the participating law firms learnt a lot along the way, undertaking crash courses on how best to provide the required support for these transactions. Having been a part of that stream of lawyers in Nigeria, he now remains: “firmly wedded to corporate and commercial law practice.”

Reflecting on his own life, he says a defining experience shaped him when he was still young in the profession: ‘’My boss asked me, on a quiet Friday morning, what I thought of working in Abuja. I politely dismissed the idea and thought no more of it. Later that same day, I received a letter transferring me to the firm’s new Abuja office! To say I was shocked and crestfallen states it mildly. The new Abuja office was just that - new; no staff, basic furniture and just one client. It was as if I was running my own firm - and so early in my career. It taught me invaluable lessons in managing people and resources. I worked in Abuja for two years before returning to Lagos.’’

Years later, with a wealth of knowledge and experience, he co-founded Aidan Partners with his friend and colleague, Akin Omisade, creating  a boutique commercial law firm in Lagos.

Mr Ajagbe is actively involved with the Nigerian Bar Association Section on Business Law (NBA-SBL).  He is currently the first vice chair of the SBL’s Law Practice Management committee and also served as the chair of the Programme and Content sub-committee for this year’s SBL Conference that took place in Abuja in June. He is a director of the Nigerian Indian Chamber of Commerce and Industry, a trustee of Global Rights Nigeria and also a member of the International Bar Association.

A major challenge within the commercial law practice in Nigeria remains the paucity of reliable information upon which to premise client work, he says. There is also the “gap between commercial reality, the pace of technological development and the state of the law.”

But he is optimistic that with the new proposed re-enactment of the biggest business legislation in Nigeria, the Companies and Allied Matters Act (CAMA) as well as the Federal Government’s ongoing business climate reforms - through the Presidential Enabling Business Environment Council (PEBEC) - a great deal is being done to remedy these challenges.

On the broader issues in Nigeria that impact his work he says, “the operating business environment for clients is daunting and certainly not for the faint-hearted”.

“The state of the judiciary and even arbitration still elicits valid concerns and, ultimately, these are issues which impact the clients we act for.”

Despite these challenges, he is an advocate for a peaceful, stable and prosperous Nigeria and Africa.

To young lawyers, he puts his advice simply: ‘’Be willing to work hard, read widely and be driven by a passion for legal practice.’’

When he pauses from work, Mr Ajagbe enjoys reading and walking. Amateur photography is his latest interest and he has two young daughters who, he says, “do not take me too seriously’’.

His current reads include The Bastards of Istanbul by Elif Shafak, Hitch-22  by Christopher Hitchens and Love Does Not Win Elections by Ayisha Osori.

Considering what a fulfilled life would be, he says “a life that is spent bringing good cheer, giving hope and extending a helping hand to those in need.

“These are issues we lawyers sometimes forget when we get caught up in swapping war stories about transactions or the brilliance of a legal point canvassed before the court.”