Sonal Sejpal, one of the founding partners of Anjarwalla & Khanna in Nairobi, speaks to Africa Legal’s Tania Broughton. 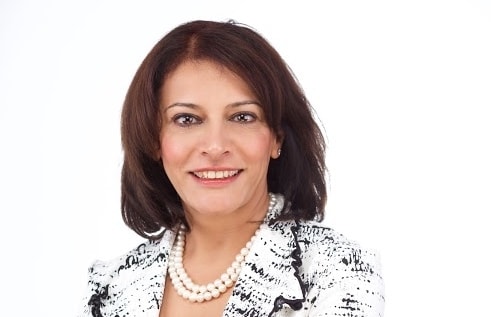 Kenya-based attorney Sonal Sejpal remembers a time when lawyers were fiercely guarded by their secretaries, they did not hand out their mobile telephone numbers, fax machines were turned off at four and offices closed at five.

But, along with her three partners in their then young law office in Nairobi, she was determined to break that mould.

“We were the new kids on the block in a city that had several long-established, well-regarded firms that had the ability to dictate to their clients the pace at which they worked,” she recalls.

“And it was very slow. No-one worked after hours.

“As young ambitious lawyers we had an edge. We told our clients we worked 24-7 (which we did), we gave out our mobile numbers so we could be reached at any time.

“And within a short time, we saw success.”

“We have been recognised as a leading law firm in Kenya by Chambers and other directories and we have been the recipients of many awards, including Africa Law Firm of the Year, large practice, four times in the past six years,” Sejpal says.

Sejpal was born and bred in the UK.

She was considering a career in the health services sector but she needed a third subject for her A levels. The only one which fitted her timetable was law.

“From very early on in the course it was clear to me that this was my passion. And the possibility of any other career just didn’t occur to me.”

There was no gap year. She immediately served articles with a local firm and, with one baby on her hip and another on the way, she was offered a partnership which, she says “was quite an achievement given that in those days employers didn’t like flexible time or cater for working moms”.

But then everything changed. Her now ex-husband relocated to Kenya. She met her business partners in Mombasa and when her marriage broke down she moved to Nairobi to expand the firm.

Today she co-heads the firm’s Banking and Finance practice (which includes insolvency and restructurings) and its Employment practice.

On the list of matters of which she is most proud is the setting up of Kenya’s first credit reference bureau which involved structuring it in a way that made the business viable.

“The founder later sold and retired after successfully building and creating value in it.”

She was also involved in structuring a finance deal for a solar company, the first of its kind in the country, setting up and advising on what is now one of the largest flower farms in the country, and finding finance for a high profile restructuring of a large company which was undergoing financial difficulties.

As with all lawyers, not every matter has worked out.

“What would have been a significant high profile acquisition of a large company in the telecommunications sector - which we thought we had reached agreement on after many months of negotiations and overcoming several regulatory hurdles - aborted literally the day before the agreed signing date, because of a minority shareholder.

“Many lessons were learnt, including on trust, as a result of that one experience!”

Sejpal describes herself as being “3D” - “dependable, driven and determined”.

Now that her children are older, Sonal has more balance.  She sometimes worries about Africa’s teething problems around regulation and the business environment.

“In a matter I was handling just last week, we could not conclude on the agreed date because the registry could not issue the relevant consent due to system failures. The digitisation of many public offices is welcome, but the process is new, there are frustrating teething problems.”

Kenya, she says, has also had a “deluge” of new laws and changes to existing laws over the last decade.  It is important to get to keep on top of these changes and to have good on-the-ground knowledge of how business is done.

“While going in the right direction, the legal profession on the continent - barring perhaps some large firms in South Africa - has a long way to go on many levels, including investing in good technology, improving work ethic, growing good talent and demonstrating reliability, honesty and integrity.

“There are exciting opportunities for lawyers who embrace these markers - and it is these values that will distinguish successful lawyers from others.”

Sejpal says most new business players on the continent come prepared and have done their homework regarding the practical difficulties.

“The opportunities speak for themselves. But navigating them requires good professional advice, trustworthy people in their local operations and good systems in place to monitor operations, particularly if they are supervising it remotely.

For now - and after spending 22 years in the country - Kenya is home. But Sejpal says she is a “citizen of the world”.

“I spent as much time in London and most of my family are there, so that is also home. My partner and I also have a home in Vancouver. Long ago I tried to dispel the need to feel that it is important to label only one place as home.”

She says she “works hard and plays hard” - although it is getting a little more tiring now!

So apart from running and working out, she likes to eat out, sample good wines, travel, read and spend quality time with her “workaholic” partner and her kids.

“I don't have much to complain about. My family, both immediate and extended, is a fantastic source of support and balance in what is, for the most part, a high-pressured and fast-paced work life.”

Her top tips - if a woman wants to be part of a growing practice and is ambitious to make a name for herself and her firm: