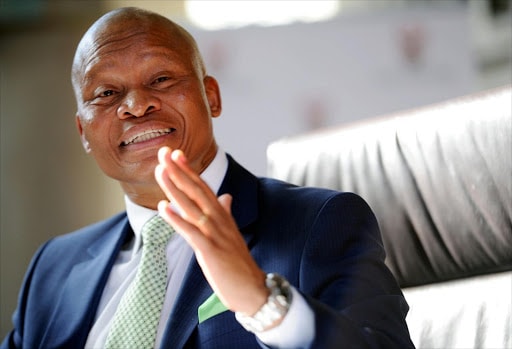 While his counterpart in Kenya has reportedly effectively shut down all courts, except those hearing the most pressing cases, South Africa has taken a more moderate approach.

“If the situation arises where, God forbid, this virus affects millions of people we will have to re-position ourselves based on advice,” Mogoeng Mogoeng told a press briefing.

In the meantime, in line with measures announced by President Cyril Ramaphosa to ward off a massive outbreak of COVID-19, no more than 100 people would be allowed in any one court room.

The biggest impact of this will be in the Johannesburg High Court where, when the civil court roll is called in the morning, there can be up to 150 lawyers present.

The chief justice said these cases could now be called in batches of, say, 50 at a time.

Another impact will be on high profile cases where, for example, non-governmental, interest groups and political support turn up in their droves to show support for a cause.

“We would recommend that these groups select a few representatives each,” the chief justice said.

“We believe that justice must not just be done but must be seen to be done. We want to deal with cases, without compromising justice and without compromising the health of people, be they court staff, legal professionals, accused people, witnesses and their relatives.”

Measures to be taken include decontamination of buildings, including cells, installation of sanitiser dispensers, officials to be issued with gloves, gowns and masks, and hand-held thermometers or scanners to be made available to staff.

People would also have to maintain a one metre distance while in court buildings.

He said while the judiciary supported the government’s virus combating initiatives, it also wanted to be able to deal with the issue itself and wanted access to its own national and provincial experts so that “we can change speedily if necessary and not wait for an announcement from the executive”.

Regarding funding for masks, gloves and sanitisers to be made available at courts, he said there was “petty cash” available to deal with that and, if necessary, in future, funds for travel or other non essentials in the budget could be diverted.