A South African judge has taken a stern line against “SLAPP suits” – civil cases where well-heeled companies abuse the legal system to bully and silence critics. The landmark ruling may set a precedent for other African judicial systems to emulate, writes Tony Carnie. 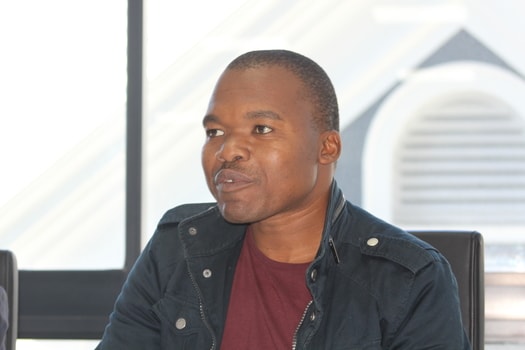 (Image: Tony Carnie) Zamo Dlamini was one of the six South African activists and lawyers targeted by an Australian "SLAPP suit".

The term “SLAPP suit” was coined by University of Denver law and sociology professors George Thring and Penelope Canan in the late 1980s to describe civil law suits designed to literally “sue citizens into silence”.

“We call the suits SLAPPs (Strategic Lawsuits Against Public Participation) and found that this accurately captures both their causation and their consequences. SLAPPs are frighteningly common ...the targets are typically not extremists or experienced activists, but normal, middle-class and blue-collar Americans ... There is no dearth of victims: in the last two decades, thousands of citizens have been sued into silence,” they warned, paving the path for at least 30 States in the USA to adopt some form of legislation to identify and counter the prevalence of SLAPP suit litigation.  Certain provinces in Canada and territories in Australia also developed similar mechanisms to counter SLAPPs.

Now, an Australian company’s bid to sue three South African attorneys and three activists for damages and alleged “defamation” has been slapped down by Judge Patricia Goliath, deputy judge president of the Western Cape High Court.

In a thundering judgment on February 9, Goliath said: “It is trite that legal process is abused when it is used for a purpose other than that for what it has been intended or designed for. Corporations should not be allowed to weaponise our legal system against the ordinary citizen and activists in order to intimidate and silence them.

“It appears that the defamation suit is not genuine and bona fide, but merely a pretext with the only purpose to silence its opponents and critics. Litigation that is not aimed at vindicating legitimate rights, but is part of a broad and purposeful strategy to intimidate, distract and silence public criticism, constitutes an improper use of the judicial process and is vexatious.”

The company has a heavy minerals operation on the West Coast and is pushing for a similar, more controversial mining venture on the Pondoland Wild Coast which has divided the community and sparked the 2016 unsolved assassination of a prominent anti-mining leader “Bazooka” Radebe.

The defendants argued that the suit aimed to “intimidate and silence civil society, the public and the media” and that courts should not allow big mining companies to abuse the law. Judge Goliath appeared to agree, noting that South Africa law currently has no legislative mechanisms to deal with SLAPP suits.

“In the absence of anti-SLAPP legislation, courts have limitations to cure the symptoms of SLAPP. This lack of a legal framework could be exploited by corporates, and in the process render civil society vulnerable when they embark on pursuing legal challenges and raising legal defences ... However, the interests of justice should not be compromised due to a lacuna or the lack of legislative framework.”

The Centre for Environmental Rights, which joined the case as amicus curiae, has thanked the Webber Wentzel pro bono team, and counsel Steven Budlender SC, Geoff Budlender SC and Sha’ista Kazee for backing the centre and the defendants over the last five years of “lawfare”.