President Muhammadu Buhari’s decision to pardon 159 Nigerian prisoners, including two ex-governors sentenced for financial corruption, has sparked debate in the country. Alfred Olufemi reviews the criticism trailing the decision and the calls to review clemency laws in Africa. 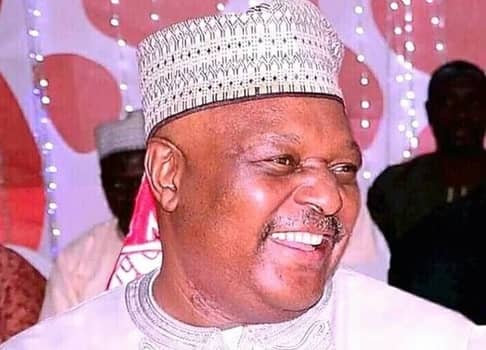 In 2018 two former Nigerian governors, Joshua Dariye of Plateau state and Jolly Nyame of Taraba state, were each sentenced to 10 years imprisonment for misappropriating public funds to the tune of N1.16billion and N1.6billion respectively. However, four years after their conviction, the duo can now walk free.

They didn’t break out of prison, nor are they done serving their terms. They are simply beneficiaries of President Muhammadu Buhari’s mercy, which has resulted in a controversy among legal experts.

Mike Ozekhome, a constitutional lawyer in Nigeria, argues that state pardon is a discretionary power that must be utilised with utmost caution and must accord with the law. In a legal analysis sent to Africa Legal, he stated that the power must not be used as a tool of political patronage, for nepotic purposes or for self-aggrandisement.

He said while the constitutionality of the action may still be argued in the courts, it might erode the confidence of international partners in Nigeria’s fight against corruption. "It will also dampen the morale of the agencies fighting corruption," Ozekhome added.

Festus Ogun, another Nigerian lawyer, maintained that the president’s decision, although it has legal backing, is inconsistent with section 15 of the 1999 Constitution that makes anti-graft war a duty of the government.

"As a trial lawyer, I know by virtue of my job that millions of innocent people are serving jail terms in Nigeria," he said. "These are those deserving of pardon, not political thieves." Ogun called on the president to rescind the Presidential Pardon, especially as it relates to convicted political criminals.

Reacting to critics, presidential spokesperson, Garba Shehu, said the former governors were pardoned on the basis of ill health, noting that the National Council of States recommended their release. "(It) was a culmination of a rigorous process, regulated and guided by the law which was not, in any way, designed to achieve a political purpose,” he defended.

This practice goes beyond Nigeria. Karim Wade, a political figure in Senegal who was jailed for high-level corruption, was pardoned by President Macky Sall in 2016, but was still required to pay his fine.

The same gesture was extended to thousands of prisoners in Burundi last year when  President Evariste Ndayishimiye said he was “convinced that an exceptional measure of clemency is needed to decongest prisons and improve conditions of detention.” Those who’d been convicted of corruption in Burundi were, however, only freed on condition that they refund the misappropriated monies and pay damages ordered by the courts.