Uganda’s Constitutional Court has ordered the government to comply with its constitutional obligations to birthing women. Tania Broughton reports. 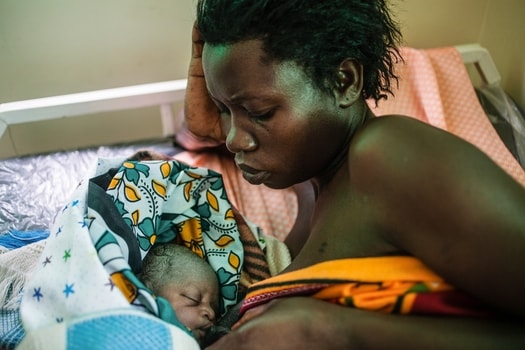 The Centre for Health, Human Rights and Development launched the application with the support of relatives of two women who died while giving birth.

When Jennifer Anguko started bleeding, she was not attended to by a medical professional but left in the care of her sister and husband. As a result she, and her child, died at Arua regional hospital.

Similarly, Sylvia Nalubowa also bled to death at Mityana Hospital in the absence of any doctor on duty.

These were not isolated incidents, Judge Barishaki Cheborion, writing for court, said in his recent ruling.

Evidence before the five-judge bench was that a 2015-16 report found that some facilities in Uganda have individual maternal mortality rates as high as 2 578 deaths per 100 000 live births.

It was stated that 16 women die every day while giving birth.

The centre argued that the government had failed to provide minimum maternal health services - including inadequate numbers of midwives and doctors, inadequate budget allocation, lack of essential drugs and emergency obstetric services, and there had been unethical behaviour of health workers.

This was unconstitutional, the centre said, and also went against many international treaties the government had ratified.

The government’s defence was “lack of resources”, that it had plans and programmes in place and was doing the best it could to “progressively realise the rights” of birthing women.

The matter first came before the court in 2012 but declined to hear it, citing “interference with political discretion”.

However, the Supreme Court ruled that the petition raised “competent questions” and the Constitutional Court must hear it.

In his recent ruling, Judge Cheborion pointed to the fact that the provision of services was not always dependent on resources and should not be used as a “blanket excuse” as a defence to save a life.

“Some services do not require money. For example, in the case of Nalubowa, the staff wanted a bribe and because the family did not have money, the doctor delayed coming to the hospital.

“Corruption killed her. Not lack of resources.”

Beyond this, he said the government had vast natural resources and had a responsibility to apply the proceeds from them and tax money, properly.

“It was submitted that the highest reliable standard of health services can only be realised over a period of time. This should not be a shield to greater scrutiny because the law requires that the state must demonstrate in clear and concrete terms that it has taken all practical measures to ensure that basic medical services are available to its people.

“It must have a reasonable and measurable plan with achievable benchmarks and time frames.

“While it was true that the government was jointly implementing programmes with development partners, without explanation it says these remain a challenge.”

The centre, in its submissions, said the tragedy of maternal death is not just that “the death is death that occurs at the time of expectation and joy” but it was one of the most terrible ways to die.

“A woman can see herself bleeding to death. She is in agony.”

The Judge ruled that the deaths of Anguko and Nalubowe were a “direct result of the non-availability of basic maternal health services and negligence of health workers”.

“Their actions caused utmost pain, degrading and cruel treatment while they fought for their lives,” the judge said, ruling that the two families were each entitled to 155 million Ugandan shillings (about £31500) in damages.

He ruled that the government was in contravention of its obligations and said it “should, in the next financial year, prioritise sufficient funds”.