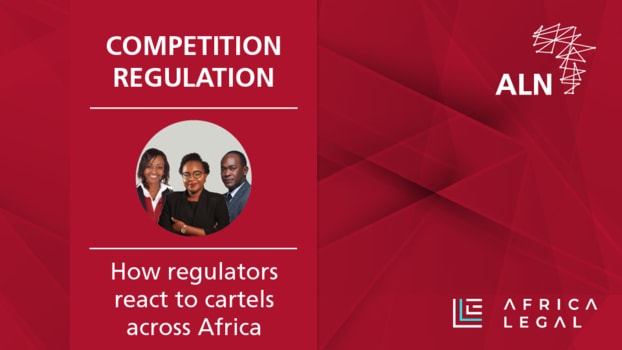 Kenya, Kiunuhe noted, had “robust provisions to regulate the abuse of dominance, cartels, and restrictive trade practices”, with a separate division within the Competition Authority enforcing such rules, conducting investigations and imposing penalties.

From January 2021, the authority had launched a whistleblowing scheme, “which provided a framework for informants to receive a financial incentive from the competition authority in exchange for providing relevant and actionable information,” in cartels and such cases.

Meaningful enforcement, however, relied on the Authority addressing significant breaches by large enterprises whose conduct had far-reaching effects on the market and consumers and not just the more minor breaches by smaller players, she said. There had been concerns in the market as to whether or not corporates with the largest market share in their industries, and who have been accused of abuse of dominance or other prohibited conduct, were being adequately scrutinised.

The Authority was focused on investigating restrictive trade practices, cartels, and abuse of dominance. While existing provisions were, perhaps, well intended, she said, “I'm not very sure that we have so far seen substantial enforcement against the so-called ‘big-fish’ in the markets.”

The enforcement process when carried out had also been somewhat drawn out – which led to investor uncertainty.

Kiunuhe further noted that the Authority was, through the buyer-power provisions in the law, also addressing relationships between purchasers (in a relatively strong bargaining position) with suppliers (in a weaker one) - particularly in the retail sector.  Retailers had been required to agree to a self-regulatory code of conduct with suppliers, to which they would be expected to adhere. Any disputes under the code would be arbitrated by the Competition Authority. However, while perhaps such a code was well-intended, the legality of the mandatory nature of such a code remained in question, she warned.

Geofrey Dimoso of ALN Tanzania said Tanzania had recently reviewed provisions on the computation of the financial penalties for competition law contraventions, which were policed by the Fair Competition Commission (FCC). It was an active regulator, he said: “Based on the latest published reports by the FCC, it has been involved in conducting investigation on various competition cases in different sectors.”

Similarly, Chanda Musonda Chiluba, a partner at ALN Zambia said the Competition and Consumer Protection Commission (CCPC) had been active, citing “notable developments involving alleged anti-competitive behaviour by three leading cement companies in Zambia” accused of price-fixing across 2019-2020, based on the rise in cement prices produced by all three.

Two of the companies concerned – Mpande and Lafarge – were fined 10% of their turnover for those years, while all three companies were ordered to revert to pre-cartel pricing regimes, with the third company, Dangote, granted leniency by the CCPC.

“The leniency programme run by the CCPC, offers enterprises involved in anti-competitive conduct total or partial immunity from prosecution and/or financial penalties as a reward for cooperating with the CCPC,” Chiluba explained; similar provisions existed in Tanzania and Kenya.

Other fines (of up to 9% of annual turnover) were also issued for price fixing in the fish fingerlings industry.

The CCPC, Chiluba said, had, at the end of 2020, investigated at least 18 enterprises on allegations of abuse of dominance, particularly in the agriculture, services, and transport, aquaculture and manufacturing sectors.

Restrictive business practice investigations made up most cases (52) of which 20 were still continuing, while 10 cartel cases were opened, with the above two closed, and eight underway.

Are African competition regimes shaping up to control digital services and products, as the world moves more and more online? Responses from the three lawyers suggested the pace of change was careful, but deliberate.

In Tanzania, the FCC had been working closely with other regulators to keep pace with advancing technology, said Dimoso, including the Tanzania Telecommunication Regulatory Authority (TCRA). Both sides recognised that “there are loopholes in the legislation and therefore they have applied different approaches in order to ensure effective enforcement of competition laws.”

The FCC, said Dimoso, had issued guidelines on consumer protection, which also applied to digital services which “require businesses in Tanzania to ensure their online platform complies with the provisions of the law,” but aside from that, “there are no proposals or reforms aiming to regulate the digital market more”.

From a Kenyan perspective, Kiunuhe said the regulator had noted a rise in complaints in the Competition Authority’s annual reports, touching on dealer digital services, and the supply of products, but was not aware of any anticipated law reforms to deal with this .

In Zambia, meanwhile, “the CCPC is participating in international discussions on digital services and products vis-à-vis consumer welfare in this space,” explained Chiluba.

What about the prospect of wider reforms to competition law?

“We are not aware of any wholesale statutory reforms that are being considered,” Kiunuhe said, but revised guidelines as to the interpretation of existing law was a possibility, one relating to regulation of joint ventures, and one relating to block exemptions in relation to the Covid economic recovery plan.

Chiluba said there were no plans for law reform in Zambia, while Tanzania was in the same position.

The promise of an Africa-wide competition regulation regime, under the African Continental Free Trade Area Agreement (AfCFTA), would take a while to be fulfilled, Kiunuhe suggested.

“It is something that clients should be aware of and should remain conscious about, but it's a long haul. It will take a while before the relevant provisions under the treaty are operationalised.”

“In theory, the idea of having a unified competition regime in Africa regulating the entire trading block, as a one-stop-shop is a good one,” citing the certainty, cost benefits and time savings that clients would benefit from.

To read part 1 of this mini series click here

ALN is an alliance of leading corporate law firms currently in fifteen key African jurisdictions, including the continent’s gateway economies. 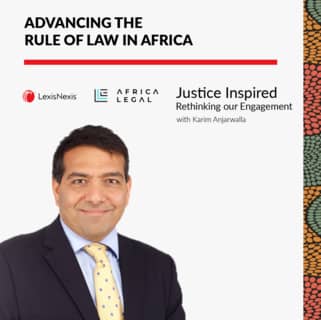