Children Will Carry the Covid Burden

Africa’s children face a multitude of challenges and the spread of Covid-19 means that these burdens just got heavier. They need support now more than ever, says former President of Mauritius, Professor Ameenah Gurib-Fakim. 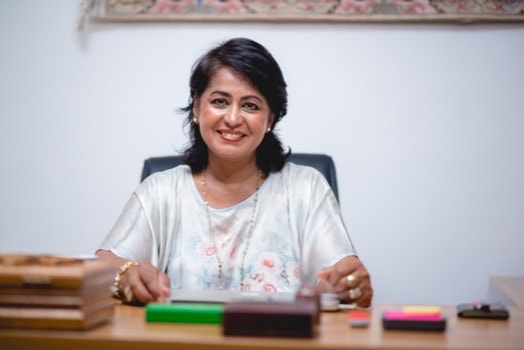 “Kids always bear the brunt of natural disasters, poverty and armed conflict,” says Gurib-Fakim, a political leader, scientist, women’s rights defender and member of the Africa Advisory Board of the Save the Children international charity.

“So far, the number of Covid-19 cases in Africa has been limited – but it is still early days. Who will support them if they lose one or both parents or even whole parts of their communities?”

She is also concerned that many African nations are not adequately prepared to respond to the current outbreak and the scenario could become dire quickly.

“Global health authorities talk about the need for social-distancing, but in many cases, people live in one-room homes. There is just no space for social-distancing and the latter remains a luxury. There is also no running water for regular hand-washing and unfortunately children are always the first victims of such pandemics. They always bear the brunt. Covid will be no different and we cannot leave them to fend for themselves.”

Gurib-Fakim says that despite the lack of institutional preparedness in many parts of Africa it is never too late to mobilise, and corporates and philanthropists can help by making urgent contributions to Save the Children and other charities providing emergency relief.

As part of her commitment to the charity’s work, the former Mauritian President hopes to focus her efforts on raising funds to improve education – especially among young girls and with a specific focus on STEM subjects (science, technology, engineering and mathematics).

She shares Nelson Mandela’s view that education is the most powerful weapon available to change the world for the better, having been fortunate enough to benefit from quality education despite being both a female and a Muslim.

“Every girl child needs a champion. I was fortunate to have enlightened parents who saw the value of equal opportunity and education,” says Gurib-Fakim, who studied at two private Catholic schools in Mauritius before travelling to England to obtain her PhD in organic chemistry at the University of Exeter in 1987.

She later founded her own company, the Centre for Phytotherapy Research, which focuses on the use of plant-based chemicals in medicine, cosmetics and nutrition. She also held senior positions at the university of Mauritius and, in 2013, she lodged a complaint with the country’s Equal Opportunities Commission alleging religious discrimination during her application for the Vice Chancellor post at the University of Mauritius.

She became the first woman President of Mauritius in 2015, and was forced to step down in 2018 after her credit card details had been leaked in the local press.

“At the end of the day it remains the responsibility of governments to provide quality education. They must also ensure that girls go to school. This is the only way to empower the next generation and develop all of the human capital so as to be able to transform the continent.

“I would not be so arrogant as to suggest that Africa can retain all our young people, but how do we stop them trying to cross the seas looking for the new Eldorado; how can we make sure that our youth reap more benefits from globalisation?

“We will never be able to compete with computers and AI for some jobs, but there are many other opportunities that will become available. Africa has 1.2 billion people and will be a very important player on the global market.”