In recent weeks the heads of three law enforcement and security agencies in Nigeria have been sentenced for flouting court orders, reports Alfred Olufemi. 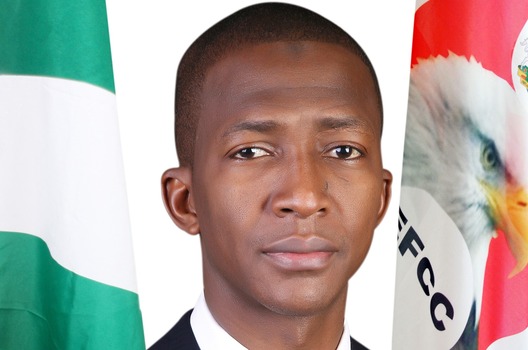 In what many termed “unprecedented”, a Nigerian Federal High Court sitting in Abuja sentenced the chairman of the Economic and Financial Crimes Commission (EFCC), Abdulrasheed Bawa, to prison for disobeying an earlier order of the court.

Justice Chizoba Oji, who delivered the ruling, ordered police to put Bawa in Kuje prison, one of Nigeria’s correctional centres.

In 2018 the court ordered the anti-graft agency to return seized assets including a Range Rover and N40 million ($90 000) belonging to a former Nigerian Air Force official, Rufus Ojuawo, but the order was flouted.

The EFCC claimed the order was given under the suspended previous chairman, Ibrahim Magu, noting that Bawa assumed office in March 2021. “This ruling is surprising as it creates a wrong impression of the person of the Executive Chairman of the EFCC as encouraging impunity,” the agency commented in a statement announcing its move to appeal the ruling.

While news of the EFCC boss’s committal was still fresh, Justice Mobolaji Olajuwon of the Federal High Court in Abuja sentenced the Inspector-General of Police (IGP), Usman Baba, to three months in prison for disobeying a court order.

The IGP was convicted in a suit filed by a former police officer, Patrick Okoli, who was unlawfully forced to retire from the Nigerian Police Force in June 1992. In 2009 a court ordered the police to reinstate him, but they refused.

Like the EFCC, the police claimed the order was given before the current IGP’s tenure.

“The IGP has, however, directed the Commissioner of Police in charge of the Force Legal Unit to investigate the allegation in a bid to ascertain the position of the court and proffer informed legal advice for the IGP’s prompt and necessary action,” a police press statement read.

In similar fashion, a Federal High Court sitting in Minna, the Niger State Capital, recently ordered that the Chief of Army Staff, General Farouk Yahaya, be arrested for contempt.

Reacting to this spree of contempt rulings, lawyers say it is a welcome development, noting that it’s a bold statement against flagrant abuse of court proceedings by agencies.

“This is timely,” said Liborous Oshoma, a lawyer based in Lagos. “The court has decided to put its foot down and said we can no longer close our eyes to agencies violating our orders.”

Human rights lawyer Inibehe Effiong said it is baffling that law enforcement agencies are found disobeying the law. He also noted that while some heads of agencies blamed their predecessors, they’d had more time to obey the court orders.

“I’d not favour the excuse of the EFCC saying this is just an inheritance of the predecessor. Bawa had the privilege to obey the subsisting court orders. You don’t wait for months or years,” he stressed.

Festus Ogun, another Lagos-based lawyer, questioned the unenforceability of the orders, which he said sent a signal that the agencies’ heads are above the law.

“The IGP has also given a (temporary) justification for not obeying the order of court. Are we saying powerful people in our society are above the law?” the lawyer queried.