Chief Justice of Nigeria on Trial

Rilwan Shittu, an Associate at Olaniwun Ajayi LP in Lagos, explains what is happening in Nigeria involving the storm around the Chief Justice. 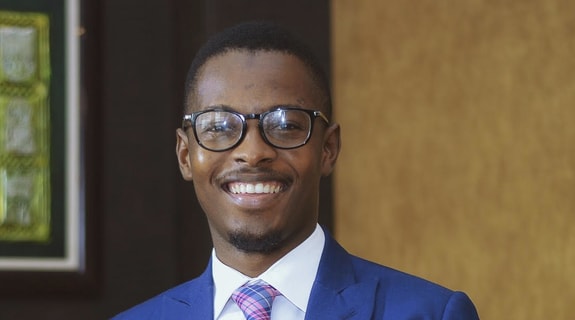 This year got off to a very controversial start in Nigeria. A civil-society group, called Anti-Corruption and Research Based Data Initiative (ARDI), filed a petition, dated January 7, 2019, at the Code of Conduct Bureau (CCB), against the Chief Justice of Nigeria (CJN), Walter Onnoghen (JSC) - the head of the Judiciary and the Chairman of the National Judicial Council. They cited a number of allegations centered on false declaration of assets and the concealment of the existence of foreign domiciliary accounts with substantial amounts of money in them.

The group cited that the petition became priority in view of the imminence of the 2019 General Elections and the critical role the Nigerian judiciary plays before and after the elections.

Following the petition, the CJN was charged before the Code of Conduct Tribunal by the Federal Government and was arraigned before the Tribunal on Monday, January 14, 2019. This represents the first time in the judicial history of Nigeria that a sitting Chief Justice of Nigeria will be arraigned for criminal charges before a court or tribunal. The defence team of the CJN, which consists of 94 Lawyers, 47 of them being Senior Advocates, have filed a preliminary objection on the grounds that the Code of Conduct Tribunal does not have the jurisdiction to try the Chief Justice of Nigeria. This argument is hinged on the Nigerian Court of Appeal decision in Nganjiwa v. Federal Republic of Nigeria 2018 4 NWLR, Part 1609, Page 301 which is to the effect that no serving judge in Nigeria can be investigated or tried in a court of law, without first being removed as a judicial officer following the administrative procedure of the National Judicial Council.

This situation remains unprecedented in Nigeria’s history and it has drawn mixed reactions from legal practitioners and members of the public. Mrs Funke Adekoya, a Senior Advocate of Nigeria with close to 44 years’ experience at the bar, argues that the Code of Conduct Tribunal is competent to try the Chief Justice of Nigeria as the offences before the tribunal do not center on judicial misconduct. She cited Elelu Habeeb v Attorney General of the Federation (1987) 1 NWLR (Pt. 49) 284 in support of her position. In that case, the Supreme Court of Nigeria held that if the offence does not bother on judicial misconduct, it need not go to the National Judicial Conduct first.

Others have raised major concerns about the timing of the petition which many believe is politically motivated and forms part of a larger conspiracy by the Federal Government to denigrate the judiciary, however the fact still remains that these are serious allegations with evidence in support and culpability under Nigerian law remains a function of proof and evidence.

Notwithstanding what appears to be bad timing given that general elections are to be conducted in less than a month, if the allegations are substantiated with proof, every other concern would be merely sentimental and the Chief Justice of Nigeria should be prepared to face the consequences of his actions or inactions.