Chasing off the Vultures – Reframing the African Refugee

Tongayi Masvikwa, Africa Strategist at the United Nations Refugee Agency, speaks to Africa Legal’s Carol Campbell about why giving hope and opportunity are even more important than aid. 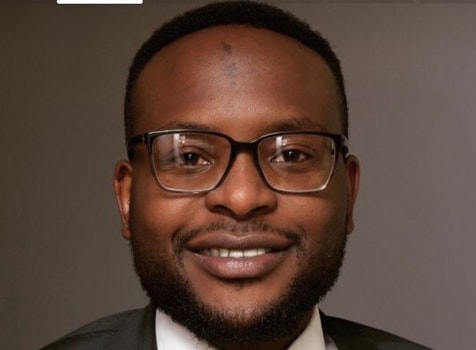 The late Kevin Carter’s 1994 Pulitzer Prize-winning photograph of a starving child hovered over by a vulture has, in the years since it was taken in South Sudan, epitomized, for the world, the narrative of the African refugee.

But, while the suffering of those forcibly displaced from their homes due to conflict, persecution and violence is captured in the heartbreaking image, there is a growing feeling on the continent (and among refugees) of the need to reconstruct the narrative of their plight – an increasing awareness that their story should not be one of hopelessness, but rather of resilience, endurance, courage and strength.

Tongayi Masvikwa, an international business lawyer and Africa strategist for the United Nations Refugee Agency (UNHCR) in Nairobi, knows the time has come to rewrite the refugee story.

For decades people fleeing violence and hunger have lived on the periphery of African society, he says, in vast camps without citizenship and often targets for locals and the authorities of the countries where they seek refuge.

Yet, with the odds stacked against them, the extraordinary resilience and optimism these communities show as they rebuild and reinvent their lives and their stories, Masvikwa says, are remarkable.

For this reason the UNHCR is taking a different approach to the way it tells the world about refugees.  “We want to change the image of the African refugee,” Masvikwa says, “from one where people see in their mind starving children with flies on their mouths to stories of resilience and survival.”

This more positive message, designed to communicate the refugee’s capacity for self-sufficiency and adding value, provides an avenue for a different conversation with the empathy-fatigued, aid-weary global community.

“It should also interest the private business sector because, while what is happening in the camps is inspirational and creative, it is also remarkably entrepreneurial,” he says.

“If you look at the UN-run refugee camp Kakuma (in north western Kenya), there is an attitude of ‘can-do’ that makes anything possible.

“There are strong signs of an economy underway – all without any support. Successful businesses are being built from the ground up and job creation is on the rise. The place is bustling with activity.”

Masvikwa’s international business law background means his radar is searching for opportunities emerging from this rebuilding and reinventing. And there is massive scope for partnerships and growth, he says.

“My current experiences are helping me better understand the capacity of African people. If this can happen in a refugee camp, imagine how much more is possible on a global scale – particularly if we ever manage to find each other on issues of free trade, open markets, ease of doing business and removal of visa requirements. I travel around Africa a great deal and cannot understand why travel between countries is as challenging as it is.”

“Solving these issues is the destiny of our generation. Our fore fathers contributed greatly by fighting so hard for our independence and self-determination. It is now up to us to consolidate and integrate.”

It is here that his background as an international business lawyer, and the fact that he has lived in six African countries, fits well with his role at the UN. “Having lived in the western, southern and eastern regions of Africa, mine is a strategic position that connects people and opportunities across the continent.”

One project under his wing is the UNHCR’s LuquLuqu campaign, a cross border initiative that embraces the African philosophy of sharing resources and caring for one another and Africa’s instinctual ability to find solutions to insurmountable problems.

As part of LuquLuqu, Masvikwa oversees a strategy to reframe public perceptions of refugees by leveraging the platforms of “high profile supporters” – like the South African actress Nomzamo Mbatha and TV presenter Leanne Manas, Nigerian musician 2Baba (Innocent Ujah Idibia) and others, who have visited the camps and who are encouraged to share what they see with their vast audiences across platforms.

“The campaign (which can be extended to the business community) spotlights individual and business talent within refugee camps. These visits also do a great deal to motivate and inspire those living in the camps.”

All of this fits into where Masvikwa finds himself on a personal level. Over the course of his career, he has worked as a corporate lawyer and, more recently business development manager and Africa strategist for blue chip law firms in South Africa and Canada. He also spent time as legal counsel at the African Development Bank. However, when the opportunity to apply the skills he developed at these world class institutions to making a difference, he leapt at it.

“I didn’t want to give my life over to making rich people richer,” he says.

His father, the businessman and former diplomat Webster Masvikwa, moved constantly between countries for work and, when Masvikwa was young, took the family with him. It meant Masvikwa, a Zimbabwean and South African citizen, was educated at Pembroke House in Kenya as a small boy and later at St John’s College in Johannesburg. He has lived in Burundi and the Ivory Coast, speaks French and is now using his time in Kenya to work on his Swahili. His Masters in International Business Law he completed at Osgoode Hall Law School in Toronto.

“But, of all the places I have lived, Nairobi is my favorite,” he says, “it is the perfect place for any young African to be right now - so much is happening in so many different fields.”

His mom, Thelma Mtethwa, is based in South Africa and involved in a health spa in the Eastern Cape. “She has this lifestyle philosophy that can help any person find a balanced and happy life. I try to follow her advice for my own life – NEWSTART: Nutrition, Exercise, Water, Sunshine, Rest, Air, Trust in God,” he says.

Living a healthy life while working in a role that seeks to help and uplift means Masvikwa is in a good place and, from a spiritual point of view, has found meaning and purpose in his current role.

And, while he acknowledges that vultures will always circle in Africa, he knows they can be chased off. Because, as he has learned, where there is life, there is always hope and potential.