Cross-cultural and international child adoption in South Africa are a political hot potato with the government moving to close it down. Tania Broughton speaks to expert attorney Debbie Wybrow on proposed changes to the law. 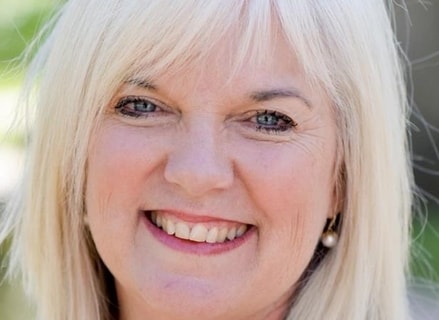 In one of its final rulings of last year, South Africa’s constitutional court laid down the law for policy makers saying they must engage in “meaningful” public participation on law amendments.

This included a proper notice period for public hearings and  for all affected parties to be invited to make oral or written submissions.

Now, this could be put to the test in a challenge by professionals and stakeholders involved in child protection through adoption.

They are against what they say were, until recently, “secret” proposed changes to laws aimed at barring their future involvement by stopping them from being paid for their services.

So far, her petition to Cabinet for an extension of the period for comment has received more than 11 700 signatures, with many voicing objections to the potential changes that will prejudice children.

Adoptions, she says, are, quite correctly, strictly monitored. This is particularly with regard to finances, where the regulations to the Children’s Act govern tariffs for each category of social work - and the Court then vets them.

Wybrow - who has handled hundreds of national and international adoptions in her 30-year career - says the proposed amendments would have gone unnoticed had they not been raised at a “consultation” in late November - three weeks into the four week comment period.

Up until then, the amendments had been contained in a document marked “secret” on every page and few outside of the Department of Welfare had seen it.

Adoptions - especially cross-cultural and international placements - are political and traditional hot potatoes in South Africa. While department of social welfare officials deny they have an “anti adoption bias” they concede that placing children with extended families and preserving “cultural ties” is their top priority.

Asked about the fees ban, Lumka Oliphant, chief director of communications for the national department, said: “The fees issue has created challenges over the years…...not enough effort was made to consider other alternative care options…..to retain children within their families of origin before adoption of a child by a person outside the child’s family can be considered”.

“Fees should not be charged for adoption because it is not a business but a child protection measure.”

Lumka denied that the process was secret and said the 30 day comment period was what was required by law.

The effect of the proposed amendments is that experienced private lawyers, social workers, psychologists and doctors will be removed from the highly regulated process unless they work for free.

Wybrow says if approved, all adoptions will be controlled by “anti adoption” authorities at national level with inexperienced social workers doing fieldwork. She believes that, if the amendments are passed, adoptions in South Africa will become non existent within two years.

Wybrow and her husband, Brad Oliver, are partners in the law firm Wybrow-Oliver. They are also directors of a non-profit child protection and adoption agency, Wandisa, (meaning one who adds to the family) which employs six specialist social workers.

If enacted, the “no fees” rule will result in the closure of Wandisa, and other similar organisations – and leave children without protection, she says.

In terms of the “pecking” order, placement locally with a screened family is usually the first option, placing internationally, second, and institutionalisation is at the bottom of the list.

Wybrow says that of the 34 children placed with families from overseas only two – who were adopted by relatives – did not have special needs as a result of severe prematurity, extreme neglect, deep-seated psychological trauma, developmental delays, exposure to drugs or alcohol, Down syndrome, cerebral palsy and even brain damage.

“The logistics are immense; the responsibilities enormous. Every child must first be assessed to ascertain the needs that child has. The right family (the one best able to meet that child’s needs), must then be found,” she says.

Preference is given to approved local families, ready to adopt. Where the needs of the child will best be met by placement in other countries, that child’s adoption is facilitated in terms of the Hague Working Agreements in place between the adoption authorities and accredited child protection organisations in both countries. Sometimes it takes years to find potential families. “We must choose the best family for the child. Not the reverse”.

Her fear is that without adoption, many unparented children will remain in temporary care or institutions until they age out – “and we will be faced with another generation of parentless children.”

She said also underlying the “anti” stance was the belief that professionals working with children were only in it for the money.

But Wandisa’s cost-to-company for each adoption exceeded the fees set by national government and subsidies towards some social workers’ salaries from provincial government.

The law firm also kept its fees low and only charged if an adoptive family was found for the child.

“Children cannot and should not pay for services rendered. It’s a labour of love,” she says.

Going forward, Wybrow says she hopes to present the petition as soon as possible to the President and to address the National Assembly.

She is also launching a social and legal advocacy foundation, Bayakhanya (meaning “they shine like stars”), which, using the concept of Ubuntu, will develop a uniquely African strategy to understand and fight for the rights of children and differently-abled children to family care.

The foundation will also fundraise to launch litigation, including the Constitutional challenge, if need be.

“We must share the stories of the children’s lives being transformed through adoption. Even after being “transplanted” internationally, they don’t lose their identity and African roots. They benefit from specialised schooling and medical interventions for the differently-abled – and flourish within their adoptive families, while remaining proudly African.”