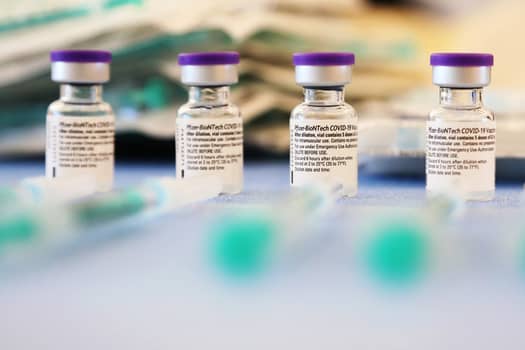 Lawyers and ordinary South Africans have been waiting for any pronouncement regarding how to deal with issues of mandatory vaccines for Covid-19 in the workplace – and whether an employee’s  refusal to get the jab can result in dismissal in certain circumstances. In one week in late January, two CCMA rulings came to light.

In the first, the commission ruled that the dismissal of an employee for refusing to vaccinate was substantially fair because she had refused to participate in the creation of a safe working environment.

Theresa Mulderij worked for the Goldrush Group as its business and training officer. Evidence before the commissioner was that at one stage the company’s vaccination policy included an exemption provision. Mulderij applied for exemption on the basis of “bodily integrity” but was turned down. She was identified as “high risk” because she interacted with colleagues daily in confined spaces. She was eventually dismissed on the grounds of incapacity.

In the second ruling, the CCMA confirmed the suspension of a security officer for refusing to get the vaccine, ruling the suspension was in line with the Occupational Health and Safety Act which compelled employers to provide safe workplaces.

In that matter, Gideon Kok, employed by Ndaka Security Services, but working on site at a client, Sasol Ltd, had refused to be vaccinated on religious grounds. Sasol was demanding a 100% vaccination rate.

Ndaka, relying on directives from the Minister of Employment and Labour, undertook a risk assessment of all staff. Kok was identified as having to be vaccinated because he worked in a small office with others. He was given the option of being vaccinated or being tested weekly at his own expense. He refused and was suspended.

The commissioner ruled that this was fair because the employer had to take into account its duties under the Occupational Health and Safety Act. He said the requirement to vaccinate was nothing less than a “reasonable and practical step” that every employer was  required and compelled to take, under the Act.

Labour lawyer Dunstan Farrell told Africa Legal that the Mulderij case was at risk of being overturned on review in the Labour Court on a procedural point.

“While I agree with the outcomes of both awards, it is my view that terminations of contracts of employment for refusal to be vaccinated should be carried out on the basis of operational requirements,” Farrell said.

“There is a good constitutional argument that individuals have the right not to be vaccinated… it is my opinion that the Constitutional Court may find that mandatory vaccination legislation is unconstitutional.”

“There is no doubt that one or both or any future awards by the CCMA will find their way to the Labour Court, the Labour Appeal Court and then the Constitutional Court. There are many organisations and lawyers who feel passionate about the right to refuse to be vaccinated and will take up the cause of ‘non-vaxxers’,” Farrell commented.