The International Criminal Court trial of two men accused of being among central Africa’s most notorious warlords has been set down to begin on February 9 next year. 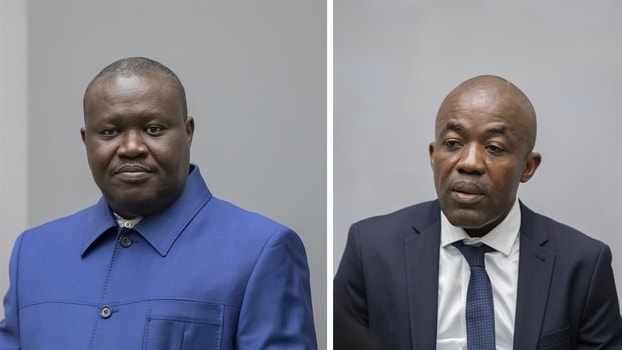 The suspects, who are in the ICC’s custody in the Hague, are Alfred Yekatom and Patrice-Edouard Ngaïssona – accused of war crimes against the civilian Muslim community of the Central African Republic in 2013 and 2014.

Ngaïssona is accused of being part of a broad plan to claim political power in the CAR through criminal means. He did this by being part of the group using “self-defence” groups that later became known collectively as the Anti-Balaka. The central ethos of this group was fuelled by hate and vengeance of Muslims. The seed for this was born from atrocities committed by the Seleca, a mainly Muslim politico-military coalition. The atrocities committed by the Anti-Balaka were against ordinary Muslim civilians.

Yekatom is accused of being the leader of a 3000-strong band of fighters who committed war crimes against civilian Muslims in the name of the Anti-Balaka.

In a statement earlier this month the ICC said victims could apply to participate in the proceedings until the end of the Prosecution's presentation of evidence.

According to the ICC, Alfred Yekatom was surrendered to their custody on November 17, 2018 and his initial appearance took place on November 23, 2018. Patrice-Edouard Ngaïssona, a former football boss, was arrested in France on December 12, 2018 and transferred to the ICC detention centre on January 23, 2019.

***In a separate case, currently underway in the ICC, Al Hassan Ag Abdoul Aziz Ag Mohamed Ag Mahmoud is on trial for war crimes committed in Mali, specifically in the city of Timbuktu where he was a self-styled “head” of an Islamist military police following a coup.

This is a short extract from Bensouda’s opening address:

“The importance of this trial to the victims and Malians in general cannot be overemphasised. Serious crimes under international law cannot go unpunished. It sends a clear message to all the parties to the conflict operating on the ground in Mali that those responsible for serious violations will be held accountable.

Mali deserves justice. The victims of the accused's crimes deserve justice. This Court has the opportunity to make an important and tangible contribution to that need and yearning.

This trial also does not operate in vacuum. As we embark on this trial, the situation in the centre of Mali but also the rising tensions and related instability and violent incidents in Bamako remain a great concern to my Office.

All the parties involved must refrain from resorting to violence.

The specific and general deterrence of this case is to be appreciated in this larger context.

The ICC stands as a last beacon of hope for those looking to it for justice for the world's gravest crimes.

We must deliver on that promise and indeed obligation.”