Africa looks to be a promising component of M&A strategies, according to a report by Boston Consulting Group (BCG). Karim Anjarwalla, managing partner of ALN Kenya | Anjarwalla & Khanna, spoke to Africa Legal on the opportunities ahead.

African businesses are at a crossroads. While only 2% of activity in the USD 3.2 trillion M&A market is African in nature, and the global pandemic has seen deal volumes and values fall, analysts are cautiously optimistic, predicting a “a gradual recovery of deal volume within 18 to 24 months,”  according to Alexis Bour, of management consultants, BCG, in Johannesburg.

That sense of pragmatic optimism is shared by Karim Anjarwalla, managing partner of ALN Kenya. Levels of deal activity in 2021, Anjarwalla said, have been higher than expected, both in terms of the Kenyan market, and the firm’s pan-African practice.

While there was less private equity activity than previous years, there were still opportunistic plays into both markets by funds, looking to boost their portfolios, he noted.

Similarly, since July 2020, there had been an increase in finance mandates, as corporates sought additional liquidity, having absorbed the initial shock of the pandemic; an initial reluctance for banks and businesses to engage in the market was receding.

It was no secret, he said, that while governments had addressed short-term finance needs well so far, thanks to the support provided by the IMF and the World Bank, businesses would need longer term debt refinancing to move beyond temporary measures, as they assessed their exposure to long-term debt covenants.

In part, an uptick in M&A activity was down to beneficial valuations, whose price had been depressed by the pandemic; if both investors and corporates had sat on the side-lines in 2020, Anjarwalla argued, 2021 was a year for both sides to come off the bench and engage in the African market, both locally and regionally.

Key prospects, he suggested, were the hospitality, agribusiness, consumer goods, and healthcare sectors.

The BCG report suggested that state-owned enterprises may soon look for investors to take stakes in industries again, reversing a trend which saw no new privatisations in Africa since 2006. Post-pandemic, Anjarwalla agreed, saying governments might need to raise much needed revenues.

Noting that African-led acquisitions on the continent were rising, Anjarwalla stressed the need for reforms to enable African businesses – supported by governments – to capitalise on such post-pandemic markets.

Changes to insolvency and company law, along with progressive approaches by regulators and legislators on enforcement, would also help any post-Covid-19 recovery. While recognising their importance, Anjarwalla was clear: “Governments,” he said, "now more than ever need to use their role as catalysers of the private sector and crucial participants in the journey of economic recovery.”

A positive, investor-appropriate, environment, that adhered to the rule of law, could see laws modernised for the benefit of African businesses, consumers – as well as their advisers.

Much could be learned from integrated approaches to commercial law. Anjarwalla cited the Francophone example of OHADA – whose co-ordinated approach to key areas of business law was positive, as well as pan-Commonwealth efforts. These were all sources of inspiration to draw from for reformers as well as lessons from Silicon Valley, where the tech industry’s approach to convergence had benefited investors and start-ups.

He also suggested that co-ordination between nations and regions in Africa would also encourage easier capital flows, that, in turn, would boost the start-up culture; Nigeria, Kenya, and South Africa, for example, led the way in fintech fundraising.

That, he said, along with the massive opportunities presented by the African Comprehensive Free Trade Agreement (AfCFTA) would help propel pan-African growth – and it was pan-African law firms, like his, who would be ready to assist, as integration made regional platform plays a reality.

Similarly, he highlighted the prospects of individual free-trade agreements, like the ongoing US-Kenya Free Trade Agreement, or post-Brexit agreements with the UK and individual African nations.

Growth, he argued, would be African-led, whether through Kenyan outreach to regional neighbours, the work of Nigerian banks, regionally, or through South African businesses.

“African private equity funds can drive business in African markets,” noting that PE deal volume in Africa had grown at about 6% per year since 2012, with more than 200 funds with upward of $30 billion under management – the most successful of which were African.

Underpinning such opportunities, he said, was the rule of law. The BCG survey found that 90% of buy-side M&A decision-makers found managing uncertainty their primary challenge – which includes dispute risks.

To Anjarwalla, there was “a linear relationship between adherences to such standards”, and the weight of trust placed by businesses, investors, and states in the rule of law, as studies – whether by the OECD, or the Mo Ibrahim Foundation – had found.

His firm, he said, was always keen to build capacities for adhering to the rule of law, whether in Kenya, or across the ALN network, as part of building an African future. 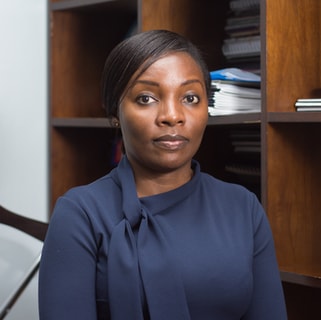