Several months after an overwhelming majority of African countries agreed to the single market trade plan, its potential remains obscure to the biggest beneficiaries – small and medium scale businesses. Alfred Olufemi writes about the Pan-African documentary series seeking to change this narrative. 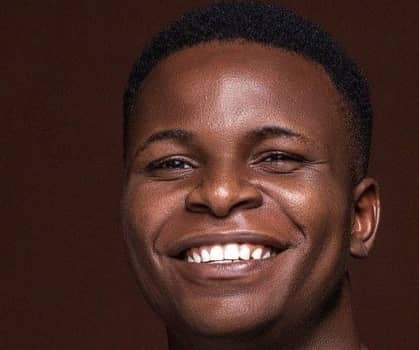 The African Continental Free Trade Area (AfCFTA), believed to be a game-changer, has topped discussions and the agenda of the African Union since 2018, long before trading was officially launched on 1 January 2021.

Fifty-four of Africa’s 55 countries (with Eritrea as the only outlier) have signed the pact that translates to reduced tariffs and easier cross-border trading. The implementation could increase intra-African trade by 52% by 2022, the United Nations Conference on Trade and Development predicts.

While countries within the trade area were given until July to finalise essential rules of origin, by 9 September, only 38 countries had deposited their instruments of ratification, which poses a setback to full implementation.

Akwara and his crew travelled across West Africa to film part one of a documentary series on how SMEs and MSMEs can benefit from the agreement. Titled The Rise, the series is aimed at enlightening the African populace, and the first of the five documentaries (each focusing on a different region) will premiere on 2 December 2021. The trailer is currently available for viewing on YouTube.

“We have a unique story in Africa and we have to tell the story from a place of strength,” Akwara told Africa Legal. He expressed surprise that the small businesses that should be the major drivers of the new trade agreement are still in the dark. “When we went to Abidjan they were very happy to hear about AfCFTA. They did not even know that trading had been launched,” Akwara explained.

The Rise is his response to the information gap on the AfCFTA. In the documentary he interviews Silver Ojakol, Chief of Staff of the AfCFTA Secretariat, and other high profile players, along with a host of SME owners in Ghana, Cameroon, Nigeria and Côte D’Ivoire. A Ghanaian traditional ruler and a legal researcher at the United Nations Economic Commission for Africa also offer their perspectives in the documentary.

“If the SMEs and MSMEs in Africa are not carried along, the agreement has not reached the grassroots,” Akwara stated.

Apart from the improvement on local content, the filmmaker sees free trade as an opportunity for Africa to compete with other continents and end poverty. “Insurgency thrives because of hunger. If we solve the poverty problem, the continent will be prosperous and no one will be willing to take up arms,” he opined.

At the premiere of the eye-opening series, AfCFTA Secretariat, embassies and government agencies will be represented as stakeholders proffer practical solutions to limiting factors such as border closure and fear of domination by some countries.

Akwara hopes to leverage on celebrities with large followings and arrange a university tour to sustain the conversation post-screening.

Anyone who has an interest in the AfCFTA and wishes to be involved in this documentary series can connect with David Akwara on LinkedIn.