Nairobi-based lawyer Sonal Sejpal, from ALN Kenya | Anjarwalla and Khanna, spoke to Africa Legal about the economic challenges Kenya is facing as the pandemic unfolds.

Developed markets in safer jurisdictions are likely to recover more quickly than those in Africa that come with “tremendous opportunity” but carry inherent investment risk, said Sejpal, who is a partner in the East African law firm and one of only two lawyers who are insolvency practitioners in Kenya.

The current reality meant many businesses, not just in Kenya but across the globe, would not survive the harsh trading environment without a stimulus package or support. However, the problems the business community faced were also “nothing new” but had been brought into sharp focus and made worse by the pandemic. Nevertheless, Kenyans were “extremely resilient” and had survived worse where other nations might have lost their footing completely, she said.

“It is incredible what an intelligent people – which Kenyans are – can achieve. Kenyans are very smart business people, capitalists and go-getters, who are not afraid to work hard…They have shown their mettle through a number of crises like the post-election violence in 2008 –situations that other countries may not have recovered from (as quickly).”

The worst impacted sectors right now, and the ones with the most distressed business, were manufacturing, fast-moving consumer goods,  hoteliers and hospitality, tourism and aviation, she said.

In aviation there had been an upturn in the domestic market with demand for new domestic routes, which indicated more locals were travelling now than before. The international traveller market had slowly resumed but still had a way to go to get to pre-pandemic levels of demand, she said.

Two weeks ago, Sejpal chaired the Europe, Middle East and Africa conference on distressed assets for INSOL International, a world-wide federation of national associations for accountants and lawyers who specialise in turnaround and insolvency. There had been a session on distressed assets and the opportunities they presented. The session highlighted that the market for distressed assets exists in certain jurisdictions and was developing in others.

She said that in her own experience investors remain interested in Africa. For instance, an international hotel group had approached the law firm for support in expanding its African portfolio and the firm was expecting an increase in such kinds of requests and interest from foreign investors looking to expand in Africa.

“We have had conversations on and off with people who are looking at various sectors in our market, but they haven’t led to any transactions as yet - unlike this hotel group.”

Nevertheless, she said, there were good opportunities and, with these, scope for a more blended type of investment vehicle that combined angel or venture capital and debt investment over a longer period than the typical five-year cycle.

Private equity could well provide a source of new money with Sejpal explaining that many of these had fund managers on the ground in Kenya and had a good understanding of the economic climate, the people and the way business was done.

What would be interesting would be to see how they adjusted their exit strategies to accommodate the risks presented by Covid and any new surge in the pandemic.

Where the next move would come from to restart the Kenyan economy was unclear but, Sejpal said, it was unlikely it would come through lending as banks had been grappling with non-performing loans even before the pandemic.

These borrowers were across the board and included large state corporations and, inevitably, SMEs which had borne the brunt of the difficult environment.

“In a conference (like INSOL) you get perspectives from a very large area. One of the speakers talked about the NPL situation in South Africa which sounded very much like what we have here (in Kenya). In South Africa the top four banks had their NPLs increase by 30% during Covid but managed to absorb them, however, their share price had dropped by between 25 and 40%.

“In Kenya, we don’t have that many listed banks but certainly, so far, they too have managed to absorb increasing levels of NPLs.”

How long the situation could be sustained remains to be seen.

What Kenya needed to make it attractive for investment was a stable regulatory framework and fair taxation. Compliant taxpayers tended to be the focus of attention of the revenue authority while the broader population escaped the net.

“The one biggest thing that investors want, or our clients want, and we act for a lot of foreigners, is certainty. When the playing field is constantly changing, with new laws or directives or regulations, then it becomes uncertain and unattractive. So, what I would want is for a more certain playing field.” 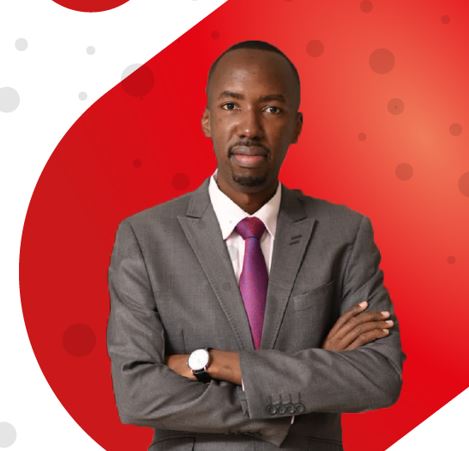