From November 25 the United Nations’ 16 Days of Activism against Gender-Based Violence Campaign will, again, galvanise the global community to end violence against women and girls. Here, South African attorney Karen Botha speaks to Tania Broughton about her journey after surviving abuse. 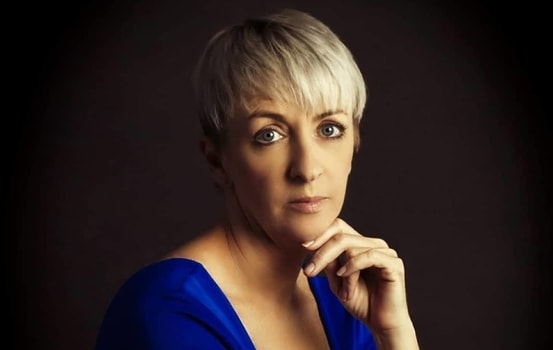 Crucial tools in the armoury of any family lawyer is a big box of tissues and a sympathetic ear for the many clients who have suffered emotional and physical abuse at the hands of their spouses.

But one Durban-based attorney has taken it a step further and has personally launched a social justice movement to stop the scourge of spousal violence.

Karen Botha was admitted as an attorney just three months before her 45th birthday. Her aim was to specifically open a family law practice to help victims.

“After suffering abuse as a child and in my marriage I was broken. But I managed to pick myself up and I wanted to use what had happened to me to reshape thinking and educate others.”

Botha’s campaign, launched earlier this year, is labelled #breakthesilence. She firmly believes that the solution lies in victims speaking out so that society learns that it is unacceptable.

An inaugural “meeting” - a picnic at a local club - is planned for early December and, Botha says, 500 people have already indicated they will be attending.

“In my mind I thought, well, if I invite a few friends and they each invite a couple of people, then we can get maybe 100 together…...but it snowballed. And we expect it to get even bigger.”

Botha, in setting an example, has broken her own silence.

She talks of how she was sexually abused between the ages of four and ten by four of a neighbour’s sons.

It only ended when her family moved.

She was then preyed upon by her high school science teacher who was giving her private lessons.

During her marriage she was emotionally and psychologically abused and only finally “plucked up the courage” to leave in her early 30s.

“The abuse had a massive impact on my life. I had flashbacks and nightmares which I did not understand. The first person I told was my husband, who told me I was making it up.

“I finally saw a psychologist who helped me deal with it.

“I was a typical victim of child sexual abuse – drank too much, partied too hard, risky sexual behaviour, could not keep down a job or hold relationships for long.

“It was only when I finally spoke about it that I was able to see the destruction it had caused in my life and how it influenced my behaviour.”

Now, in her law practice, she sees first-hand how lives are ruined.

“Intimate partner abuse appears to be on the increase. And, since starting the campaign, a number of close friends have opened up to me about their own experiences.

“Even one male friend told me how he was sexually abused by a minister at his church.

“I have photos of clients who have been beaten black and blue. I have recordings of a husband saying he would rather go to jail for murder than give his wife R5.

“So many women are threatened with death if they talk or if they threaten to leave. And the victim is always made to feel like they are to blame, they are told they are mad….”

Botha said she formed a support group in 2016 which meets once a month.

“We average about 10 women per meeting. Some come every time, others come less often. But it has been the most amazing experience to watch these women grow and find their personal ‘power’ again.”

Looking ahead, she hopes #breakthesilence will enable her to do several things:

Most important is education.

“I want to be able to go to schools and even universities and teach the kids about domestic violence, sexual grooming, sexual abuse and bullying – the problem starts in our homes and the only way to break the cycle is to teach our boys how to be powerful without being violent and to teach our girls how a man should treat a women.

“I have recently had a new client, a 16-year-old, who has been sexually groomed by a teacher over a few years.

“It is a massive problem for our youth. They are brought up thinking this is normal. It was my normal and my life was a train wreck until my 30s.”