Attorney Locked Up For Disrespect

A South African magistrate, who locked up a young candidate attorney in the cells for apparent “disrespect”, has been given a judicial tongue-lashing.Tania Broughton reports. 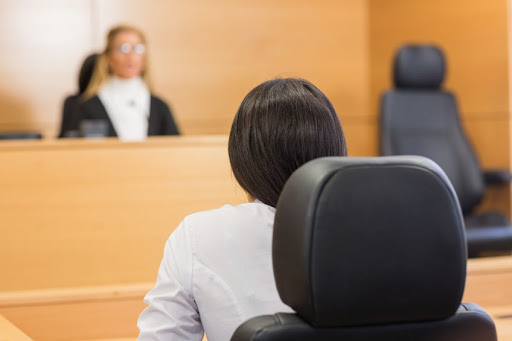 It was no ordinary day in court for the Legal Aid attorney, identified as Ms N December.

She arrived at the local Port Alfred Magistrate's court to attend to a part-heard matter.

But she soon found herself embroiled in a heated debate with the magistrate and subsequently spent several hours in the cells.

What happened that day is detailed in a recent judgment handed down by Eastern Cape High Judge Judith Roberson who, with two other judges concurring, said the unnamed magistrate had behaved badly.

The matter came before the judge’s in a review application lodged by the senior magistrate of that division who was concerned about what had happened.

The events kicked off when the matter of State v Ndiyana was called. Ndiyana  was being represented by December’s colleague, who was absent that day.

He had been convicted earlier this year, on a guilty plea, of assault with intent to do grievous bodily harm.

The matter was before the court for the evidence of a doctor about the extent of the injuries of the complainant and for sentencing.

The magistrate instructed December to act on behalf of the accused.

But December said she could not. It was her colleague’s case. She had not consulted with the accused and was not familiar with the case.

It would be unethical, and she had strict instructions from her manager to ask for an adjournment.

The magistrate refused to grant the adjournment, saying that the accused had been in custody for a long time, the doctor was available and the matter was only for sentencing.

December said if the matter proceeded, she would withdraw completely from the case.

The magistrate refused to give her permission to withdraw. The doctor testified and she declined to ask him any questions.

It was at this point that the magistrate accused her of disrespecting the court. December explained again that she was acting on her manager’s instructions.

The magistrate called the court orderly and instructed him to take her to the cells.

Later in the day, December was brought back to court. The magistrate again accused her of being disrespectful and said: “ I do not think this would ever happen again”.

When the senior magistrate, who sent the matter on review, questioned the magistrate about which law she had used to detain the attorney, she admitted she had erred, and that December was not formally charged and convicted.

Judge Roberson said: “In ordering her detention the magistrate came very close to acting arbitrarily. She certainly acted without the necessary caution. At the very least she committed a gross irregularity.

“It goes without saying that to deprive a person of their liberty, even for a short period of time, is an extremely serious matter. The whole experience must have been frightening, shocking and humiliating,” the judge said, reviewing and setting aside the detention.