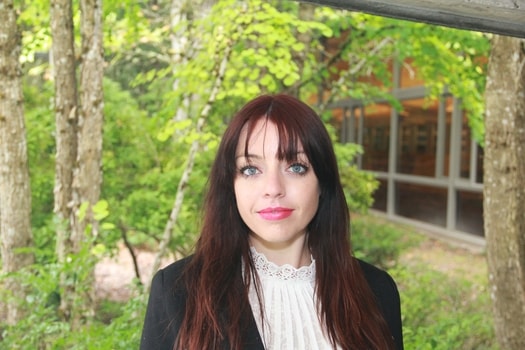 At a time when people across the world are becoming more conscious about their impact on the natural world, legal professionals are in talks with South African universities to introduce the first specialist courses on Animal Law.

The initiative is being driven by Amy P Wilson, a former corporate lawyer and the first South African attorney to receive an LLM Degree in Animal Law.

Her interest in this field began in her final year of law school during a lecture by Professor David Bilchitz of the University of Johannesburg. It focused on extending legal rights more broadly to vulnerable groups such as women, unborn children and animals. Bilchitz is one of the co-founders of ALRSA, together with Professor Bonita Meyersfeld.

“It seems odd that we can offer legal rights to inanimate groups such as corporations – but very limited rights to animals, who are sentient beings,” she said.

Wilson, who has worked for international law firm Hogan Lovells, and also at ENS Africa for six years, decided to refocus her career in 2017.

“I had this great job as a corporate lawyer, but I found myself wanting to make positive change for animal protection, using the law as a tool.”

Wilson notes that the Lewis and Clark Law School currently offers the most comprehensive programme in Animal Law studies, but there are now about 170 law schools in the United States with at least one specific course in this sphere.

Several universities in Europe, Australia and South America had also initiated similar courses, while Ivy League universities such as Yale and Harvard are now offering more than one Animal Law course.

Wilson believes that there is still a significant gap in legal education in this arena, and has been in discussion with South African universities to introduce such courses shortly.

“We are working at introducing the first Animal Law course in South Africa into universities, potentially the first in Africa. We hope to introduce this within the next year and make it accessible to South African and African law and other students.”

“The course will be titled “Foundations of Animal Law” and will cover topics such as: The Constitution and Animals; South African Legislation and Issues; Enforcement and Governance; Wild Animals; Captive/Farmed Animals and the Environment; African Context and Perspectives in International Animal Law; Foreign Animal Law; Philosophical and Historical Underpinnings; and other relevant topics.”

Far from being an “elitist” issue, divorced from human poverty, unemployment, violence, crime and inequitable access to food, water and education, Wilson notes that the abuse of fellow humans, women and children is often rooted in the abuse of animals – treated in many legal systems as “property”.

“Many question how we can even contemplate animal protection efforts with so much human suffering. I offer that we can only begin to combat human suffering by also considering animals’ interests, as human and animal interests are fundamentally linked.

“All acts of violence in society, regardless of the victim, must be considered abhorrent and eliminated and all victims of such violence properly protected, she argued in a recent article entitled “Until the lions have their own lawyers, the law will continue to protect the hunter”.

Many of the underlying principles of Roman-Dutch, English common law and customary law still permeated South Africa’s legal system, with differing scope and impact. The Roman law of property, for example, largely influenced this area and began the formal recognition of animals as “things” or “res” in law.

“This categorisation, not dissimilar to others in legal systems around the world, separates animals from legal persons or rights-bearers, excluding them from the rights, protections and other benefits such status provides . . . Although restrictions do exist as to how they may be treated, this status ultimately forms the basis of the laws relating to and affecting them.”

This is why the work of ALRSA is so important, and it essential that Animal Law is developed – either by working within and interpreting the existing framework or by expanding and amending it, where relevant.

Amy Wilson can be contacted at amywilson@animallawreform.org