An Instrument of Fraud

A Zambian farmer has been given the judicial nod to launch a challenge in the high court to fight for land to be returned to him after it was forcefully expropriated 34 years ago by the government but never used for a public purpose. Tania Broughton reports.

Jonathan van Blerk has been in and out of courts for years over this issue, but was blocked by the State’s “Stalingrad” approach to the litigation.

And one of the major hurdles confronting him was a section of the Land Acquisitions Act which essentially bars any further litigation on a matter involving land expropriation once the apex court, the Supreme Court, has ruled on it.

The aim of the section is to bring contentious land litigation to an end, so that all parties have finality.

But, van Blerk argued in his most recent court challenge before the Supreme Court, this bar should not apply if, belatedly, it was discovered that there had been “fraudulent misrepresentation” about what the land was required for.

And in the case of his farm, it had become evident that it was not required for “public purposes” nor in the public interest.

Much of the history of the dispute was common cause, Judges Albert Wood, Mumba Malila and Jane Kabuka said in their recent judgment.

The government had expropriated the land in 1987, “in the interests of the Republic”, namely to build a housing complex to alleviate a housing shortage in Lusaka and to accommodate public service workers.

However, the land lay idle.

In 2006, the city created two plots, one of which it leased to a private company for an upmarket hotel and luxurious golf course. The development was eventually abandoned and another company acquired the lease in 2011. Contrary to its lease, it subdivided the land and sold it to other private entities.

The second plot was also leased to a private company which also breached its lease by subdividing the land for sale and construction.

“Van Blerk was now more convinced than ever that the compulsory acquisition of his land was not done for public purpose,'' the Judges said.

He believed that in his court challenges, the attorney general had presented incorrect facts to the court, that there was an intentional perversion of the truth and the land was procured by a fraudulent misrepresentation of facts.

This all came to light after the Supreme Court had considered the matter and ruled against him - and now he was barred from litigating further because of the Act.

He argued that the rule of law required the government to act transparently and in good faith.

He was not challenging the power of the State to expropriate land nor the necessity of compulsory land acquisition but whether a party should get away with misleading the court.

The Judges said it was a novel case and, in deciding it, they had to resort to the principle that a statute cannot be used as an instrument of fraud.

“Bearing this in mind, can it really be argued that the section (of the Act) covers all situations and is not subject to challenge? We think not.

“We doubt very much that it was the intention of Parliament to shut out even genuine grievances by parties seeking to challenge the compulsory acquisition of their land on grounds that a judgment was obtained by fraudulent misrepresentation,” they said.

Even if others had subsequently bought the land, this did not make the transaction irreversible.

While van Blerk had argued that if the court decided in his favour, it had the power to finally determine the issue, the judges said it would be inappropriate to do so because the issues raised - the alleged fraud - had to be properly pleaded and proved at a trial before the high court.

They ordered that the matter be referred to the high court, and “expressed the hope” that the judge there would deal with it expeditiously. 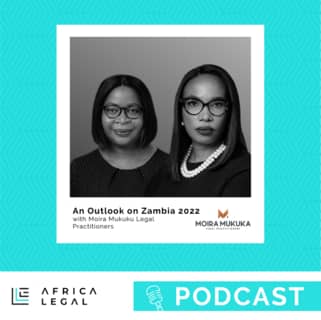 An Outlook on Zambia 2022 Read more 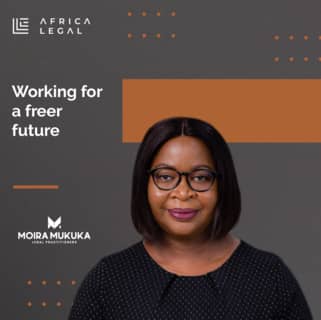