Three Zimbabwean nationals, who all have law degrees and are legally resident in South Africa, are challenging the law which precludes them from practising in that country. Tania Broughton reports.

The Legal Practice Act (LPA) provides only for enrolment and admission of attorneys and advocates who are either citizens or have permanent residence permits.

This, the three men say, is an unconstitutional, inflexible barrier - and they want the law to change.

Bruce Chakanyuka, Nyasha James Nyamugure and Dennis Tatenda Chadya, with the support of the Asylum Seeker Refugee and Migrant Coalition, which aims to combat discrimination against non citizens within the legal industry, have turned to the Pretoria High Court for relief, citing the Minister of Justice and Correctional Services, and the regulatory body, the Legal Practice Council, as respondents.

The three, in their court papers, say they have all got various permits which allow them to live, study and work in South Africa.

They have also completed all the relevant degrees, written board exams and done articles and pupilage.

Chakanyuka is presently working as a waiter, because of the bar in the LPA.

Chadya is working as a “legal advisor”.

Both Nyamugure, who has a Masters in Law, and Chadya, attempted to get permanent residency but were turned down by the Department of Home Affairs.

They argue that there are no other such strict requirements for any other profession in South Africa, including engineers and doctors.

But somehow the citizenship or permanent resident requirement for the legal profession had survived various amendments to the  legislative framework governing legal practitioners over many years, the latest of which was the LPA.

The Act was crafted by a task team which had been divided on the issue.

They said the majority had proposed that the draft LPA would require only ordinary residence and the chairperson was on record as saying that the permanent residence requirement would not pass constitutional muster.

However, it was passed into law.

They argued South Africa was also out of kilter with most other countries in the SADC region, which only required “ordinary residence” for enrolment and admission while some remained silent on the issue.

“The approach across SADC nations to South African and other non-citizens seeking admission to practise law is reflective of the deep connections between many SADC legal systems.

“All these features apply specifically to Zimbabwe, our country of origin, but also across SADC countries that include, in particular, Namibia, Botswana, Lesotho and Swaziland,” they said.

They are seeking an order declaring the “discriminatory” provisions of the Act to be unconstitutional, that the order of invalidity be suspended for 24 months to enable Parliament to remedy the law and, that in the interim, the Act be interpreted to allow for enrolment and admission to all who are lawfully entitled to live and work in the Republic 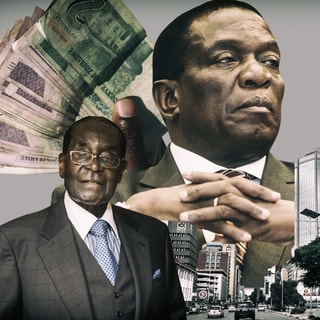