A team of top legal eagles is being assembled in South Africa to begin preparing for prosecutions of “state capture cases” but there are no women advocates in the group. Tania Broughton reports. 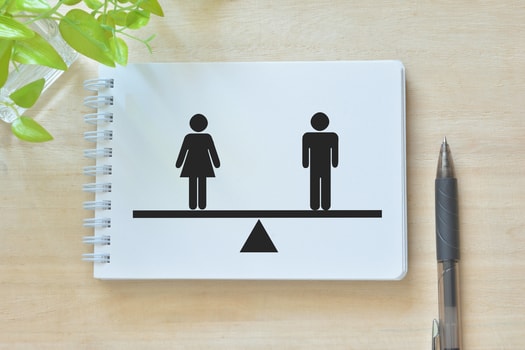 As evidence mounts against politicians and businesses, said to be behind massive state looting during the Jacob Zuma regime, the Department of Justice and the National Director of Public Prosecutions Shamila Batohi have finally announced a plan of action.

It kicked off this week with the appointment of four senior advocates in private practice who will collectively be paid R20 million (£1,051,500) to “guide investigations and, where necessary,  oversee prosecutions”.

It has been widely welcomed. But law professor Ompehemetse Sibandu of the University of Limpopo has questioned why “yet again” senior woman advocates have been overlooked for the job.

Writing on the Daily Maverick website, Sibandu says: “Welcome to the men’s club!” in a response to the announcement of the appointment Advocates Tembeka Ngcukaitobi, Wim Trengove, Ngwako Maenetje and Geoff Budlender.

Their appointment was preceded by President Cyril Ramaphosa’s announcement in May that  advocate Hermione Cronje would head up an Investigating Directorate (ID) in Batohi’s office to focus on state capture crimes.

All have been involved in “political matters”. These include the feisty Economic Freedom Fighter’s  successful bid for the release of a State Capture report, the ongoing litigation over the prosecution of Zuma for his alleged role in the corrupt  “arms deal” scandal, litigation over Zuma’s use of state funds to upgrade his traditional homestead in Nkandla and litigation which resulted in the spotlight being shone on the links between Zuma and the Gupta family.

“It is obvious that the four advocates were carefully selected and engaged,” the professor said.

“They are well-experienced in high profile litigation and have exposure to grand corruption cases but they are all men, appointed by the state to help with a problem that was primarily created and enabled by men.

“But where are the senior female advocates and why are they not given the work alongside their male counterparts?”

He said the issue of gender parity and diversity in respect of the legal profession was  an ongoing concern, and had been for decades.

“More concerning is when female legal practitioners are not considered worthy of high profile cases by the State.”

But Batohi, through her spokesperson Bulelwa Makeke, has defended the appointments and says many women will still be involved in the process.

“Apart from their standing in the legal fraternity, each of the selected senior advocates have prior experience in the subject matter of the investigations the ID is undertaking.

“They will lead teams of prosecutors and investigators, including experts seconded from other departments. The bulk of the work in these matters will be done by in house teams who will rely on them for expert advice and guidance.”

Makeke said an important objective was to ensure skills transfer within the teams which would be all female.

“We will also soon be advertising contract posts for investigators and prosecutors and issue a tender for additional legal services that will ensure that a wider pool of applicants are considered for selection,” she said.