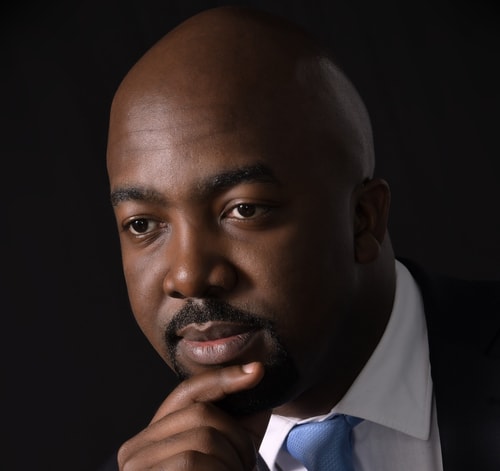 Africa is brimming with opportunity and, where there is growth and development, there is a lawyer.

He has 30-years experience and specialises in mergers and acquisitions.

But, in spite of his experience, he’s forever tapping into new developments in the law. In fact, when he needs ideas or help, he logs onto his computer and connects to the intranet of his global law firm.

It offers a wealth of information and access to law specialists around the world. With his experience, Turner also contributes to the collective wisdom.

The firm’s intranet is a huge repository of information on law and commerce around the world.

Big international firms like Eversheds Sutherland are outliers that are shining a light on where legal specialisation is going. It is a complex, detailed world of multinational trade with increasing areas of specialisation.

One of the firm’s local clients is a food company headquartered in Durban and listed on the Johannesburg Stock Exchange. The company has enjoyed significant growth and has moved upwards from its Durban base into southern Africa.

With every new acquisition, it has turned to Eversheds to structure its deals. The legal framework for these deals is complicated and nuanced, reflecting local law and elements of global trade. It is this sort of commerce that is driving legal specialisation in Africa.

Business in the commodity-rich continent is primarily about resources.

Eversheds has five offices in Africa (out of 66 globally) and created ESAA (Eversheds Sutherland Africa Affiliation) specifically to extend its reach across the continent through a series of affiliation firms in various jurisdictions.

The company has done due diligence to ensure it has access to the best people on the ground. It has actually mapped the continent and its resources and clustered specialities around these.

The idea being to unlock business opportunities for clients and by being pro-Africa and developing a pool of specialists for cross-border business.

Mugambi Nandi, a senior partner at KN LAW LLP, in Nairobi, Kenya has been a lawyer for 21 years. His work has a strong bias towards mergers and acquisitions and private equity transactions.

In Kenya, he deals a lot with oil and gas deals and infrastructure projects.

The legal landscape is constantly changing to reflect specialisation.

“Change is being driven by partnerships with international law firms,” Nandi says. And new technology is shaping the practice of law.

“Jurisdictional boundaries are being broken by these factors. The lawyer of the future must be able to navigate these challenges, including competition and new areas of law.”

Some law firms have developed energy and commodity trading practices, interdisciplinary groups that specialise in all legal aspects of the commodities sector, for example.

The specialists have developed knowledge of the minutia of laws relating to trading and moving commodities. It is everything from transport to warehousing and logistics to hedging and derivatives.

The opportunities are as big as the challenges in Africa.

The growth potential on the continent is as big as Africa. Infrastructure is poor, which presents an opportunity. As does limited access to technology, backlogs in health, education and general infrastructure. This is in addition to the existing trade opportunities in minerals, energy and commodities.

Endemic corruption and political instability, while deeply challenging, most often see lawyers at the forefront of the challenge.

Clarice Wambua is a partner at Kieti Advocates, LLP, in Nairobi, Kenya.

She has a decade of law under her belt and now specialises in climate change, renewable energy and natural resources.

She has seen a growing trend towards legal specialisation.

“(Look at) areas such as intellectual property law...novel focus on sub-specialities such as fashion law, as well as areas such as sports law, where unheard of a few years ago. Also, given a growing extractives industry fuelled by recent discoveries of oil, there is a developing niche of oil and gas lawyers, as well as technology, media and telecommunications lawyers rising to meet the demand of a digital world.”

Nelson Ihachi Ashitiva, pictured, is partner and head of strategy at Ashitiva Advocates in Nairobi, Kenya.

He has been a High Court advocate for 12 years and was ushered into a territory of specialisation he never expected: business management.

“While larger law firms may hire business executives to handle their business operations, its increasingly clear that the law is both a business and a professional pursuit.”

The law firm manager that is trained in law and business will prosper.

Ashitiva’s business efficiency, he says, has allowed his firm to pursue strategic direction and get a competitive edge over peers.

“Practice is no longer wider and shallow but narrow and deep.”

To enable that, you need clever commercialisation of law firms, he says.

Ian Mutibwa is a partner with Signum Advocates in Kampala, Uganda.

He has practiced law for six years, four with audit firm KPMG. He specialises in tax.

He says businesses in Uganda are looking for specialist lawyers.

“Businesses want lawyers who understand their business and offer solutions to complex issues that they face. The general practicing lawyer is a thing of the past and highly and uniquely specialised lawyers are in high demand.”

Michael Hough is a partner at Eversheds Sutherland in Mauritius. He qualified in 2004 in South Africa and moved to Mauritius in 2009.

The Mauritian emphasis on finance has meant he specialises in mergers and acquisitions. His work is weighted towards banking, securities and intellectual property.

The Mauritian office of Eversheds was born out of the firm’s response to financial services booming on the island, regarded as part of Africa.

“Especially on large transactional matters that require advice on several fields of law such as commercial, tax, competition and employment, which usually have very tight deadlines.”

Hough says these types of transactions are generally done by applying layers of work done by several lawyers, each with particular specialisation.

Turner says increasingly clients need to be assured that their legal firms have the depth and reputation to handle complex, multinational deals and to protect their reputation in the process.

While commercial language in deals is becoming more universal, there are differences in procedural and substantive law, he says. For example, it would not be unusual for a deal concluded in Africa to be made subject to arbitration in Mauritius or London, applying the substantive law of the African country to the transaction in dispute, but with the law of England and Wales together with local arbitration rules to apply to the procedure.

Turner says clients need the comfort of having lawyers who can cover them wherever they are.

“There are great opportunities for investors across Africa, but they have to have advisers with significant experience and intellectual property to protect their investments.”